Exogenous ketones and hunger hormones: Why they provide satiety


Possibly the biggest key in fat loss is finding a diet that is sustainable due to the degree of satiety it provides for the dieter.

Let's be honest here; we're all human and thus, are filled with various kinds of hormones that for the most part, dictate a great deal of our behavior.  One only need be around a female with uh, well you know where I'm going with that........... 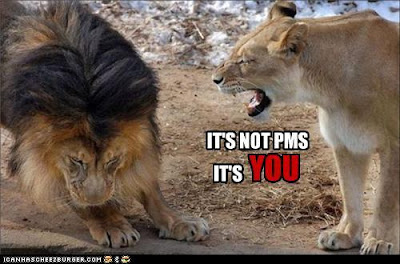 Fad diets often cookie cutter people into eating into ways that, while they create an energy deficit (which is required for weight/fat loss), also don't take into account a persons eating preferences or possibly foods that do provide a great deal of satiety.

Which leads us to the satiety index.  A list of foods that provide the highest degree of "fullness" we feel when we eat them.

This index was created through a study done back in 1995 by Susana Holt at the University of Sydney.  Linkie dinkie....

"Susanna Holt, PhD, has developed the Satiety Index, a system to measure different foods' ability to satisfy hunger. A fixed amount (240 calories) of different foods was fed to participants who then ranked their feelings of hunger every fifteen minutes and were allowed to eat freely for the next two hours. Of all the foods tested, potatoes were the most satisfying."
I believe it was boiled white potatoes that pretty much crushed every other food in regards to providing a high degree of satiety.

So, if one were to just be logical then a person could easily conclude the easiest way to set up a diet for fat loss, that was the most easily sustainable, then you'd just look through the list of the most satiating foods, that were also lowest in calories, and presto, there's your "diet".

And one could do that.  However it's a little more complicated than that.  The palatability (taste and texture) of foods are kinda important.  I mean if boiled white potatoes make you gag, you're probably not going to feel "satisfied" when eating them.  So you would also have to factor in what foods  you actually LIKE to eat as well.

Ok so I guess that wasn't so hard after all.

But that's not where this rabbit hole is leading me down, actually.

When I started using exogenous ketones I noticed a significant decrease in hunger.  Often times going longer than usual before I realized I hadn't eaten "every 2-3 hours" (every 3 hours is my usual), and would basically have to make myself eat.

When I started interacting with people who were using the product, they too would say they noticed they weren't hungry, or had a significant decrease in hunger, when using the product.  Upon attending the various educational conferences and such related to said product, this theme kept coming up.

I have to be honest.  I kind of overlooked it for a while because I just thought "ehhh, there's something in your stomach, and that's why."

But there's plenty of foods I can eat that actually cause my appetite to soar shortly after eating them.  And back to the satiety index, some foods keep me sustained for longer periods of time.

But this wasn't a food.  It was some powder, with exogenous ketones and some select amino acids in them, and a little bit of fat from MCT oil.  Hardly enough in the way of calories or volume to keep my appetite at bay.

So why was it happening?

Then a light bulb went off a few weeks ago and I wondered about hunger hormones, and if they were altered when someone was in ketosis.

As not to make this article too damn long (that'd be a first)...

Ladies and gentlemen your hunger hormones!

But there's an issue.

The more fat cells you have, the more leptin you produce, and the more your appetite decreases.  Wait, that can't right because most often, obese people tend to eat a lot.  I mean after all, that's how that happened.  If leptin was working correctly, people would not become obese because their fat cells would produce the leptin that tells their brain they are full and should stop eating.

Once someone becomes very overweight, leptin signalling to the brain stops working properly, and despite having plenty of fat on their body (someone is gonna get triggered at that), they "think" they are hungry despite having eaten a lot of food.  The term for this has been called being called leptin resistant.

Now on to ghrelin.

Ghrelin - Ghrelin is a hormone produced in the stomach.  It's the quick indicator of "hey yo...bruh...I'm hungry."

Your stomach makes ghrelin when it's empty and thus it rises to signal to the brain to eat, then falls once you do.

The difference in the two is that leptin tends to be more highly related to eating habits or patterns along with body composition, where ghrelin tends to establish short term hunger levels.

There.  That's covered.  There's Bible long articles on both of these hormones and studies for days, so feel free to Google machine them all you like if you want to know more.  That's the high level overview.

The meat and potatoes I wanted to find was "are these two hormones affected by exogenous ketones?"

Of course, the only way to know that, would look to see if endogenous ketones, mainly beta hydroxybutyrate, manipulated them somehow.

Down the rabbit hole I went.

This study wanted to look at the possible evidence that ketogenic diets play a role in suppressing hunger due to altering the hormones that play a part in regulating appetite.


So 39 folks completed the ketogenic diet study, and then after 8 weeks were able to add back in their "normal" foods (the refeeding) and they took a look at comparisons between blood glucose, insulin, leptin, etc.

Now like any diet, you still have to be in a calorie deficit using a keto diet in order to lose fat.  You can't just load up on bacon grease, cheese, and hot dogs all day and lose fat.  However we're not really concerned about that right now because what we wanna know is, when they were in ketosis, did the increase in endogenous ketones have an effect on their hunger hormones.


O Rly?
“In mildly ketotic participants, the increase in the circulating concentration of ghrelin, a potent stimulator of appetite, which otherwise occurs as a result of diet-induced weight loss, was suppressed. The present findings are in keeping with a recent report of a 12-week carbohydrate-restricted diet, during which 28 overweight subjects lost ~6.5% of their starting weight without a significant change in fasting plasma ghrelin. In our study, postprandial ghrelin concentrations were also measured, and found to remain unchanged following weight loss as long as subjects were ketotic. After refeeding, fasting and postprandial ghrelin concentrations rose significantly.”

Just to make that simple to understand, ghrelin was suppressed when concentration of the ketone BHB was higher, and then rose once concentrations of BHB fell.  Meaning, it's very possible to draw the conclusion that one of the reasons that the ketogenic diet (or exogenous ketones) cause satiety/suppress appetite is because it has an effect on ghrelin.

But what about leptin?

As noted, that's something that tends to get regulated based on how leptin sensitive you are, or what your body composition is at the time.  Leaner people tend to have less leptin, as they have less fat cells in their body.  Fatter people (yes, I wrote fatter, stop being so PC) tend to have more leptin, but as discussed, getting overly fat can disrupt proper leptin signalling to the brain.

Since exogenous ketones get in and out of the body within hours, it would make sense to me (going off of what the study found) that while the body had the increase in exogenous BHB, ghrelin would be suppressed.  Thus, appetite control or that feeling of satiety.  From there, it isn't hard to connect the leptin dots.

Of course, there's still a lot of research to be done, but thus far, every conclusion I've arrived at on my own with exogenous ketones keeps surfacing in the studies related to them.  For example, my first question when I used the product was "what is my body doing with glucose if it's using ketones that I'm drinking???"

I eventually arrived at the conclusion that there had to be a down regulation of glucose metabolism if ketones were being used for energy.

No, not really.  But it was cool to see that my own observations did match up with some solid testing.
As noted, there's still a lot of testing to be done but so far, it's all been promising from an anecdotal standpoint.  I think down the line what we will find are the most optimal ways to use ketones along with glucose to increase both aerobic (which was proved in the study above) and also anaerobic training (I think ATP will end up being the key here).

I've already seen first hand how well exogenous ketones work for physique/bodybuilding/fitness competitors when they are severely depleted.  The study above shows an improvement in endurance athletes using the "duel fuel" method.  Balancing out glucose and ketones, I believe, will be something that almost every athlete will eventually be able to take advantage of, and use them to increase athletic performance.