Day in the DR

In the Dominican Republic this weekend to teach for three days.

I had to get up at 4 a.m. because my flight was out at 5:55 a.m.  It snowed the night before so the drive took longer than usual, and when I got to the airport it looked as if the airlines were giving out $100 bills for free it was so packed.  I thought with it being so early that it wouldn't be crowded but I thought wrong.

I was literally the last person to get on my departing flight and almost missed it.  Then, we had to wait around because something was fucked up, and I had a very short layover in Atlanta.  So I then became worried that I would miss my flight from Atlanta to Santo Domingo.

I literally had to sprint through the entire Atlanta airport to make it on time and once again I was the last person on my flight.

I arrived in Santo Domingo, and had no cash on me, as I seldom travel with cash, but I should be smarter than that in regards to international travel.  They charge $10 for a tourist pass and you can't even get into the customs line until you buy one.  Well, my credit card wasn't working for some reason, possibly just because it's a US credit card, but none of them worked.  So I eventually just asked someone for $10 bucks and they were nice enough to loan it to me.  I tried to find them afterwards so I could pay them back but they were nowhere to be found.

Ok so, if you have never been to the DR, the people here drive like god damn crazy maniacs.  I mean, it's hard to describe in words.  No signals, people cut you off with no room in between you and the car in front of you; pedestrians cross busy interstates holding babies, and motorcycles drive against the traffic flow (yes coming right at you) on the regular.  I was laughing the whole time at just how fucking nuts it is.

I ate at 4:30, then left, and of course didn't have to time to eat again so it was 12 hours between meals.  Fortunately, Juan took me to this awesome, awesome, awesome joint and they had one of the best steaks I've ever eaten.  I then had raw red meat, and that too was delicious.  It's sliced super thin, and is actually very sweet in taste.

We headed out to Juan's gym, "Workout" (yes that's the name) and I ended up training with Juan and a client of his.  I did seated db press with the 100's for 15, two giant sets of side laterals, and 100 rep front raises.  For not eating for 12 hours, it was a pretty decent session. 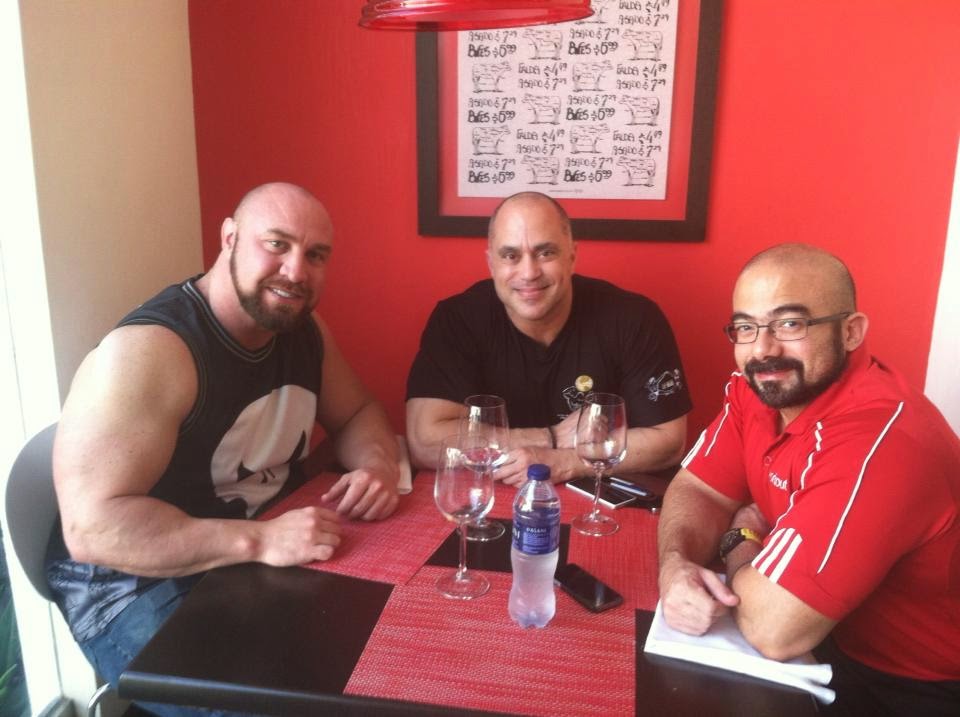 Will try to throw some updates out over the weekend.  If I don't get killed in Mad Maxville.