No regrets - the road to hell and back


“There is always a gap between intention and action..”

Most of us set out on the road of our life to do something with the intent on bettering it somehow.  Whether it be financially, romantically, physically, spiritually, whatever.

The intention, more times than not, manifests itself due to a lacking of something in our life.  The realization that a hole or hollowness exists in some area we've been awakened to.

The problem is, the other saying goes "the road to hell is paved with good intentions."

Getting from point "A" to point "B" is never as trivial as it appears on paper, or in some process that unfolds in our minds.  There always lies this invisible area between A and B that is full of strife, hardship, angst, resentment, or regret that doesn't reveal itself until our actions allow it to.  That or the actions of someone else helps reveal it to us.

They end up being revealed because while our we set out on that path of good intentions, we often find ourselves off the beaten path due to losing sight of the most simplistic parts that do make walking the path hard.  Or that we find along that walk, the simplistic parts are actually the parts we despise the most.

The guy that wakes up one morning from an all night binge in a crackhouse didn't just wake up one morning and decide that smoking crack was what he wanted out of life.  Tracing back through his own distorted steps, it was probably something as simple as smoking weed on the weekends with his friends.  If you don't think so, watch that movie Requiem For A Dream, and watch each of the characters lives devolve along said distorted path.  No one ends up in their own personal crackhouse due to a singular choice.  It's almost always a collection of choices due to an emptiness that we just can't live with anymore.

I woke up over a year ago in that crackhouse.  Not literally a crackhouse.  But my own personal crackhouse.  One I built through the loss of good intentions due to selfish wants and needs, all the while rationalizing decisions I was making that were impacting not only my own personal happiness, but the happiness of so many that loved me.

I had a friend living in his own crackhouse at the time.  We talked daily, or sometimes weekly.  Asking each other rhetorical questions like "how did we get here?" 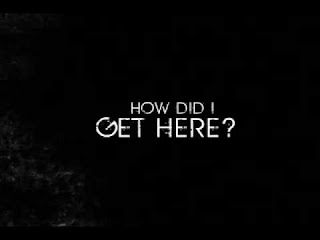 Why we ask ourselves these questions is actually quite the mystery to me.  Because we already know the answer.  Our responses back to each other each day or weekly was the same.

We end up in these places through our own choices, intentions, self serving desires, and coveting.

Essentially, we unglue the parts of our lives that held us together in a way that we could manage to keep us sane, and then scatter then all about in order to embrace the insanity that somehow makes us feel alive again.

You read that correctly.  We unstitch the norm, the complacency, the equilibrium, because after a while our soul rejects the boredom that inspires the epiphany that we are no longer alive.  We're just breathing.

And that's when we embrace the hell of poor decision making.

In essence, our passion for life and experiences get sucked right out of us on the way to point "B" because the parts that can cause strife, regret, and angst, can actually come from complacency.

There's few things worse than waking up to the realization that life is passing you by, and that there is a finite amount of time you're going to have with it.  This is why I often think the definition of insanity is the guy that works the 9-5 job, comes home and plops down on the couch to watch the same shows every fucking night of the week on the television.

Maybe that's just me, but that doesn't look like living at all.  That looks like existing.  Maybe the simple fact of existing is enough for some, but most people have a series of stories to tell from their past that involve a lot of shit they aren't too proud of anymore.  They often end up with these stories because of one of my favorite quotes...

I often laugh when people tell me they have "no regrets" about life.  That's a lie.  Whether you're lying to me or to yourself, it's irrelevant.  To have "no regrets" based on the fact that you say you're only where you are today because of those decisions is to be severely negligent in regards to personal hindsight.  Who's to say you wouldn't be better off had you made other choices or decisions?

"Yes, but we learn from those choices."

No shit, Sherlock.  We learn something from every decision we make that has a severe impact on our lives.  Sometimes, we keep making the same decisions over and over and we don't even have explanations why.  This is where the "how did I get here?" questions later becomes the "God, I'm so fucking stupid" statements.

In other words, what we often "learn" is nothing more than what the outcome of those decisions are going to be.

The guy sitting in prison from robbing banks or selling drugs probably isn't sitting up saying he has no regrets, because he learned a lot from the things he did.

Yeah, like they land you in fucking prison.  Doesn't seem like destination "B" was ideal to me.  But I could be wrong.

We all have regrets.  Anyone who says they regret nothing is a liar, or somehow has convinced themselves that they made all the right choices along the way.  So even the "wrong choices" were the "right ones" simply because a lesson was learned, and they "wouldn't be where they are today had they not made those choices."

Doesn't that really depend on where you are today?  Or where you could have been had you not made those choices?

It's like the house of lying to yourself that is built with brick after brick made out of bullshit cliches.

If you regret nothing, then that means you'd do the same stupid shit all over again.

Yes, we covered this.  Because you learned something from it.  I learn when I feed Baron too late at night and don't let him out he sometimes takes a shit in the living room in the middle of the night because of this.

Thus, I regret feeding him too late at night, make a choice to feed him earlier, then make sure to let him out to shit in the yard before I go to bed, rather than in the living room at 3 a.m.

I don't change my patterns of life without regret.  No one does.

We can't change without regret.  Regret is THE THING that is supposed to create the betterment of change in our life from learning from those decisions.  Otherwise, we just keep repeating the same shitty things over and over again.  Thus, where is the regret?

In case you want another word, it's called repentance.

Here is some wiki for you in case it's still not catching on...

Repentance is the activity of reviewing one's actions and feeling contrition or regret for past wrongs. It generally involves a commitment to personal change and the resolve to live a more responsible and humane life.

Notice that word in bold there?

Without being introspective enough to review your previous actions, and regret them, change cannot manifest itself in your life so that you ultimately end up at the point "B" that gives you fulfillment.

I think people say shit like "I don't regret..." whatever as a means of rationalizing poor decisions.

I think it's ok to say we are fine with making certain poor choices because ultimately, it may not have impacted our life in a significant way.

I also think it's willful ignorance to sit back and say you have "no regrets" in regards to choices or decisions you made that tore someone else's life apart in order to appease the selfish desires that overcame you.

Most of us rationalize our poor decision making due to a want in our life to fill something that is missing.  And the reason we do so, is because more often than not, making the right choice is the hardest one.

There are things I know now about life, that if you had told me a year ago I would have never believed it.  That I would find happiness in places that I thought did not exist.  Because I just could not imagine my life looking a certain way, and still being able to wake up happy in the morning.

And trust me, I woke up every morning unhappy for a very long time.  To the point of wondering how I could take another day of feeling that way.

Luckily, I had people around me strong enough to help make decisions or choices that I could not make, that made things better.  Luckily, I had people that were willing to stand beside me while I suffered through that invisible area that exists between point "A" and point "B".

I have regrets.  I have made amends the best I could for all of my wrong doings, and paid my penance many times over for being that dumb asshole that has "no regrets" and keeps making the same stupid as shit mistakes day in and day out.

Without regret, we cannot find repentance.  And without being able to repent, we cannot find the strength or the courage to change the things in life we want to reshape the most.  And that thing, is usually who we are.  Which is why most people, at the core of who they are, never change a whole lot.

It's because change doesn't happen until something happens within their lives that force them to reevaluate their decisions, or how they feel about certain things.  It can't come from the words of family, or friends, or even your therapist (unless they are really, really, good).  It usually comes from the context of association.  Meaning, we lived it, we felt it, and we either don't ever want to feel that again, or desire it more than anything else in the world.

And if we despise it, and keep finding our way back to it, then regret and repentance never found its way into our hearts and minds.  If we desire it, and know it would make our life better and fulfill us, yet we keep our heart and mind locked into a place of complacency that keeps us from those desires, then we will keep paving our own personal road to hell, and never find our way back from it.

The gap between intention and action, is that we may intend to change things, but then lack the courage to actually act on it.  And there once again, lies that invisible area that ultimately ends up creating the most chaos in our lives.

Complacency will kill you, but so will living a life you don't wake up happy about in the morning either.  The thing they share in common is that they both sneak up on you one day, and you'll be sitting in your car with a friend asking them the same question my friend and I were asking each other....

"How the hell did I get here?"

Because we chose to be there.