When I was cutting my teeth coming up through the years there were two types of articles that irked me in regards to learning how to train, grow, and improve.

1.  Written by guys who were so genetically gifted they grew mass just by walking past a class doing power aerobics.

2.  Guys that who wrote about how to grow that I couldn't tell that they had ever picked up a weight.

I remember reading articles back 20 years ago from guys who said no matter what they did, they grew.

What piece of advice could this person possible give me, when they cannot identify with the struggles I had in regards to getting bigger and stronger?  If you have 19" arms before you did your first biceps curl, then more than likely you aren't going to have to figure out every way possible in order to get them to grow.  I'm talking about biceps here, not fatceps.  No one cares about what your arms measure covered in 3 inches of fat.

As for point number two, I also had trouble taking a guy serious who was writing on how to build a big chest, or legs, or arms, when he was rocking the muscular development of a prepubescent boy on estrogen treatments.

To me, it seemed like there was no in between.  Muscle rags almost always wanted to talk to the guys who had freakish bodyparts, and ask them how they trained them.  I get the idea behind it, but it is incredibly flawed.  Asking a guy with shredded 30" thighs who says they grew regardless of what he did is like asking Usain Bolt how to run faster.

Yes, I do think it's important to learn from the very large and strong people in order to find the commonalities they are shared.  But you also have to discern who arrived at those places because they worked very hard in order to get there, and the ones who simply needed to thank mom and pop.

I liken this to eating.  The guys that ended up growing an enormous amount of muscle mass all eventually went through that rite of passage where they learned how to eat until eating sucked.  To the point where eating was a chore, and they hated it.  I've never known a single massive individual that doesn't have a story that echoes this.

So I never understand articles by guys who had the muscular development of a rodent writing articles on how to get big, or grow a particular set of muscles.

How would you know?

At some point there has to be some money where your mouth is.  I'm not saying the information is always useless, but I just struggled with accepting the advice of someone telling me how to grow, that looked like they had spent the last three years of their life with Tom Hanks and Wilson on that deserted island.

I'm not going to play the "oh poor me genetics" card bullshit here.  I swear to God, everyone I know claims to have shitty genetics regardless of where they end up.  Often times, they point to pics from when they were 17 years old and skinny as a rail to establish the fact that they had "shitty genetics".  Shitty genetics is when you've busted hump as hard as possible for a decade, in an intelligent manner, and still don't have a lot to show for it.  Lots of guys start off at 98 pounds only to end up in virtual super hero land either from a strength or muscularity standpoint less than 10 years later.  Shit genetics is more about your response, or lack of it, to training and proper eating rather than where you start.  Your starting point is irrelevant in terms of poor genetics.  Great or poor genetics become defined by the response your body has once it is placed under the stress of training and its response to proper food intake.

I was 98 pounds when I started training at 14 years old.  4 years later, I was 220+ pounds.  Did I work exceptionally hard over those four years?  Yes.  Unequivocally yes.  I can say that without hesitation due to the fact that I'm also honest that there were many years later on where upon reflection, I realized I had not been training very hard.  And of course during those years, little progress was made.

Genetically speaking, I don't think I have "poor" genetics.  I also do not have what I would call elite or outlier genetics by any stretch of the imagination.  I've gotten to where I am due to a tremendous amount of hard work, researching, studying, and being consistent more times than not, in regards to my training.

People are very quick to accept their perceived short comings.  Once they get an idea etched in their mind, their habits actually begin to form to cement that idea, creating a cognitive bias that the notions they have about themselves has to be true.

If you don't believe you'll ever be capable of performing something, you won't be.

At the root of all of this is self doubt, and disbelief.

If you don't think you're smart enough to get through college then your efforts more than likely will end up reflecting that lack of belief in your abilities.

If you believe that you're smart enough to make the Dean's List, then it's a good chance you'll do very well.

However, I can just about bet you that every single one of those people had failures on their way to achieving such successes.  Yet somehow, they ended up better themselves through those failures in order to find out how great they could truly be on the other side of things.

Most of the things we, as normal people, want to accomplish can be done by simply applying ourselves with a tremendous amount of effort, and an unwavering amount of discipline and dedication.  The problem is, most people are inherently lazy and realize that great things generally take an incredible amount of hard work and discipline.  At least, comparatively to what had been been applied by them in their life.

I don't know of a single person that wouldn't want more money in their bank account.  But I know very few people who are willing to risk starting their own business due to the fear of failure.  And I get that.  If you have a family and bills to pay and have a good job, it would be hard to give all of that up in order to pursue your passion with the hopes that it would also keep a roof over your head, and food on the table.  But you're never going to get wealthy working for someone else, making a set salary for the year either.

But the gym 9-to-5er's approach their lifting goals the same way most of the time.  They dream about what they want to lift, or look like, but they aren't often willing to give up the things they need to in order to make that happen.  They aren't willing to put in the consistent hard work in order to see it all come to fruition.

So when people talk about "genetics" as being an excuse, for some people it is, but for most it is not.  At least to a certain degree.

And this people, despite what all I wrote above, is how we arrived at midgets. 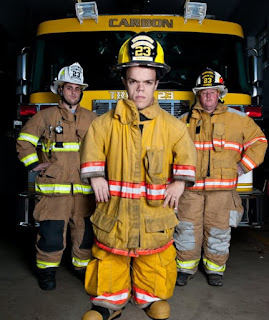 But you can be a firefighter if you're a midget.  Or be on Game of Thrones.  So there are things even midgets can do. 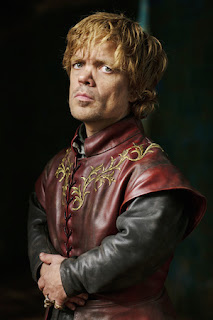 Look, I don't want this to become about midgets.  They are still capable of doing incredible things. Like taking second place to an elephant in an air plane pulling contest.  That's pretty impressive.

So there will always be limitations placed on you by your genetics.  IF IF, you are comparing yourself to the genetic elite, i.e. professional athletes and world record holders.

Like for example, a little person (so I will try to be more PC now) can go into the gym and work his ass off, gain muscle, lose fat, and become the best little jacked person he or she can be.  Or they can say "I'm a midget" and create a mindset that being a midget is what keeps them from reaching very attainable PERSONAL goals.

It boggles my mind when people believe things that are easily achievable by the great majority of the population, are almost impossibly hard for them.

Losing 25 pounds of flab is not hard.  It just requires some fucking discipline and effort.  Gaining 25 pounds of lean mass is not hard IF, you're willing to hang in there for the long haul, train very consistently, and are patient enough to see the process out.

The problem is, most people do indeed have a 9-to-5 mindset.  Not only about work, but about virtually everything in their life.  Most especially when it comes to training, dieting, and building a better/stronger physique.  They become mental midgets.  They say "this shit is too hard" and either quit, or never apply enough effort to actually accomplish their goals.  Their goals, usually things many many other people have done, somehow become impossible tasks to them.

Look, dieting is not "hard".  It's only hard if you're fucking mentally weak.

Training hard is not even hard.  It's only hard if you're a pussy.

Take a visit to a cancer ward sometime if you want to see what real struggles look like, when you are complaining about your next meal of "chicken and broccoli" and are feeling so fucking sorry for yourself.

The next time you complain about how hard squats are, think about that kid who would do anything to stand up out of his wheelchair and take a few steps.

Physique improvement, fat loss, and all of this shit that gets propped up on social media as being difficult really isn't.  And accomplishing personal goals isn't anywhere near as hard you believe it to be.  It's not your genetics that's holding you back.

It's your own personal midget that won't allow you to do any of the things you think you can't do due to shortcomings you tell yourself on a continual basis.  So the reason you can't get it done, is because you've already made all the reasons why it can't be done, instead of finding all the reasons it can be.

Sure, you're never going to be Mr. Olympia.  Especially if you're a midget.  But that doesn't mean you can't get jacked as fuck in regards to what your body will allow you to.  That's called fulfilling personal potential.  But until it is fulfilled, that's all it is.  Potential.  And until you stop being lazy and making excuses you'll continue to be a part of that gang of midgets taking second place to the lone elephant in that plane pulling race.

And don't get mad at me about this.  After all, no one likes an angry dwarf.