This past week yet another story surfaced about the fact that contestants on that ridiculously stupid show "The Biggest Loser" had relapses back into fatness.

Why this surprises anyone I'm not sure.

I wrote a piece a while back about the studies that showed that obese people who lose weight, generally end up gaining it all back again at some point.  You can peep that piece in the link below...

If you don't feel like reading two articles, and I won't blame you if that's the case, here is the high level overview....

But back to that stupid show.

The article (holy shit, including this one that'd be three articles for you to read, and everyone loves a tl;dr now because they are intellectually lazy) is here............

Once again, if you want to skip it, I will cover my thoughts about it right here.

Basically the researchers found out that the body is going to fight back with every ounce of fat cell energy it can muster up to keep that once severely obese person at a healthy bodyweight.

The research also cemented a long held belief by lots of diet experts and coaches I know, that the body will reach a "set point" in regards to bodyweight, and will thoroughly enjoy staying there, and fight against moving from it.

Even if you do lose weight, the body is going to do everything it can to get you back to that long held set point.  This doesn't have to be hundreds of pounds either.  It can be that 20 pounds you worked really hard to get off.  The body will fight back at you for a very long time to try and get back to that weight.

Even worse, the researchers found something that has sort of long been known about obesity and metabolic rates.  Which is basically the opposite of what a lot of people say in regards as to why they are obese.

But here is the kicker - after they lost all of that weight, especially in such a rapid fashion, their metabolisms did slow down.  Significantly so.

Their bodies actually slowed their metabolic rates to such a significant degree in order to pull their weights back to that old set point.  One contestant actually burns about 522 calories fewer than someone of her size would be expected.

Combine that with the fact that their brain had been hardwired over years and years of developing an addiction to food, and you're looking at a physiological environment that is going to make it damn near impossible for these people to maintain healthy bodyweights.

Plummeting leptin levels were also another factor.  When these people made their way onto the show, just like they were in possession of normal metabolisms, they also had normal levels of the leptin hormone.  Leptin regulates your appetite, essentially.  When you are in a hypocaloric state (which means you're in an energy deficit) your leptin will drop, and signal to the body that you need to eat.

After this, your leptin levels rise, and hunger subsides.  For a while.

But with these people, their leptin levels plummeted.  Which basically made them ravenous all the time.  Again, this is their own body working against them trying to lose weight/fat and get to a healthy and sustainable bodyweight.

When you start adding all of this up, it should be of no surprise that there are so many stories now about these people essentially finding themselves obese again.

This doesn't mean that losing fat and keeping it off can't be done.  It just means that going on a show where the results are rigged, and the contestants are training up to 8 hours a day and on starvation diets is an absolute recipe for metabolic and physiological disaster.

This is why fad diets or crash diets flat out do not work.  I remember some time back when I heard about that HCG diet, where people were eating, literally, 500 calories a day.

Because so many of the people who read my bullshit are mildly educated, they will say "well that's stupid."  But here's the thing, you have to understand that so many people have no idea just how ridiculous and moronic that only eating 500 calories a day really is.  I'm not shitting you.

I worked with a guy who did the HCG diet.  He lost weight by the hour it seemed.  Of course he did.  He was eating less each day than dudes who were in the Bataan death march had access to.

Two months after he hit his goal weight, he had gained all of his weight back.  I know....that's an Earth shaking revelation, but it did happen.

I laughed.  No, I really laughed because he was a first class dick blossom.  Trust me, I'm not being an asshole about this.

There's something to be said for people wanting to lose weight, and willing to do anything in order to make that happen as fast as possible, without ever educating themselves about what is sustainable in regards to dietary habits.

It's because people WANT IT NOW.

And that right there is the short circuit to all of this.  People don't want to hear that it's going to take 12 months, or 24 months, or even longer in order to get back to a healthy bodyweight or bodyfat.  They want a 10 or 12 week transformation without ever accepting that if you walked 10 miles into the woods, it's going to be a 10 mile walk back out.

If you spent the last 10 years working your way to 400+ pounds, there's no 12 week transformation that is going to fix that.  There's no six month transformation that is going to fix that.  You can sit down, and be honest with yourself, and take a long hard look in the mirror and and be introspective enough to understand that if you want to implement changes that are going to stick, there's a lot of work to be done.  And it won't be easy, and it will be frustrating as hell sometimes, and you may even have the occasional relapse back into your previous habits.

I work with enough people on body recomp to hear these frustrations weekly.  And I do sympathize because I know lots of people who are doing everything right, and to them, it's just not happening fast enough.

Really, it's no different than the skinny kid who wants to gain mass, and is willing to murder his grandmother in order to make that happen yesterday.

Our body gratification desires can and will often get the best of our decision making.  It's the culprit behind fad diets and eating disorders.  Hell, let's be real, gratification of almost any kind can make us compromise our integrity and intelligent decision making in order to see what we desire come to fruition.

These desires are what drive us to be short sighted and are often the driving force behind our poor choices. 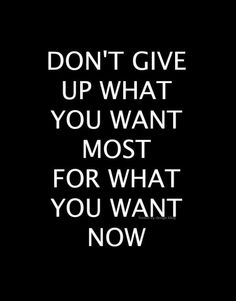 Most of us aren't patient creatures.  And in the case of people who resort to extreme weight loss protocols, their lack of patience gets the better of them, and their better judgement.

I have a lot of empathy for the people who went on that show, and suffered tremendously for the entertainment of people who sat down on their couch and watched each week, without ever understanding how much pain and agony those people subjected themselves to for the enjoyment of an audience.  I have no doubt that most of them had no idea what they were getting themselves into.  So before you chime in with "it was their choice", remember that no one....not even them....knew that this would probably have lifelong ramifications.

Even worse, the trainers on the show are now heralded as fitness and diet experts when all they did was fuck up those people for life.  I feel like if anything the producers of the show and those trainers should somehow be held accountable for what was clearly poor decision making in regards to the contestants health and well being.   We're not talking about weight loss here - we're talking about completely screwing up someone's physiological system for years on end.  With health ramifications that possibly cannot be undone.  And let's be real, there's no way you can be a "trainer" with even a modicum of knowledge without understanding that massive calorie deficits and 8 hour long training days isn't a good fucking idea.

This isn't Fear Factor.  Where you eat some dog turds on a dare, throw up after, and then life resumes as normal.  Life didn't resume as normal for these people.  It got worse.  And for people who seek out fad diets as a quick fix are going to run into the same issues.  Which is why it's very important for people to get educated on the proper way to lose weight, get in shape, and find sustainable ways it can be done for them.

My plea to people is to understand that there is going to be a long and difficult process to undo all the damage that has been done if you're trying to lose weight, and get in shape.

There are no quick fixes.  There are no short cuts.  There's no pill or cream or wrap or any of that shit that's going to fix you.  You spent years causing this condition.  So expect that it may takes years to overcome all the battles that will have to be fought and won in order to undo it.

Embrace the process involved in that, and then you have much better odds of not becoming another statistic in regards to people who lost weight, then gained it all back again.