I was once asked a question at a seminar about how to find balance in regards to life and training.

I don't remember my answer at the time, but I remember thinking when I gave it that it probably wasn't a very good one.

Mainly because, I felt like at that time it was a very tough question.  And I couldn't quite put my finger on how to properly answer it.

How to find balance?

I think when most people think of balance, they think of all things getting an equal amount of attention, or things being in harmony all at once.  Nothing is being overemphasized, and nothing is being neglected.

In other words, the juxtaposition of life and training get weighed and the Scales of Justice should show equal distribution on both sides.

Since that seminar, and since that question, I feel like my answer is a little clearer.

For example, if someone were working towards a promotion at their job.  Trying to attain that promotion might take up more of their time and energy than some of the other things in life.  But in the process of working for that promotion, they might leave for work earlier than usual, and arrive home later than they had been.  They may have to work some weekends, and take away time from the family, the gym, friends, or dating availability.  If the promotion is obtained, it's then important for them to adjust so that balance in the other parts are their life are brought back into the fold.

When I was young, and it was just the "bros" hanging out, it was accepted that if one of us somehow tricked a young lady into spending time with us, that we would see less of that bro than usual.  As bros, we supported his time with her....unless he flat out canceled plans with us.  Then a bro meeting had to be called to inform him that breaking guy code (don't break plans you made with your bros for said woman) was unacceptable, and that he would be responsible for picking up the next meal at Waffle House, or the tab at Donkey's Nuts saloon. 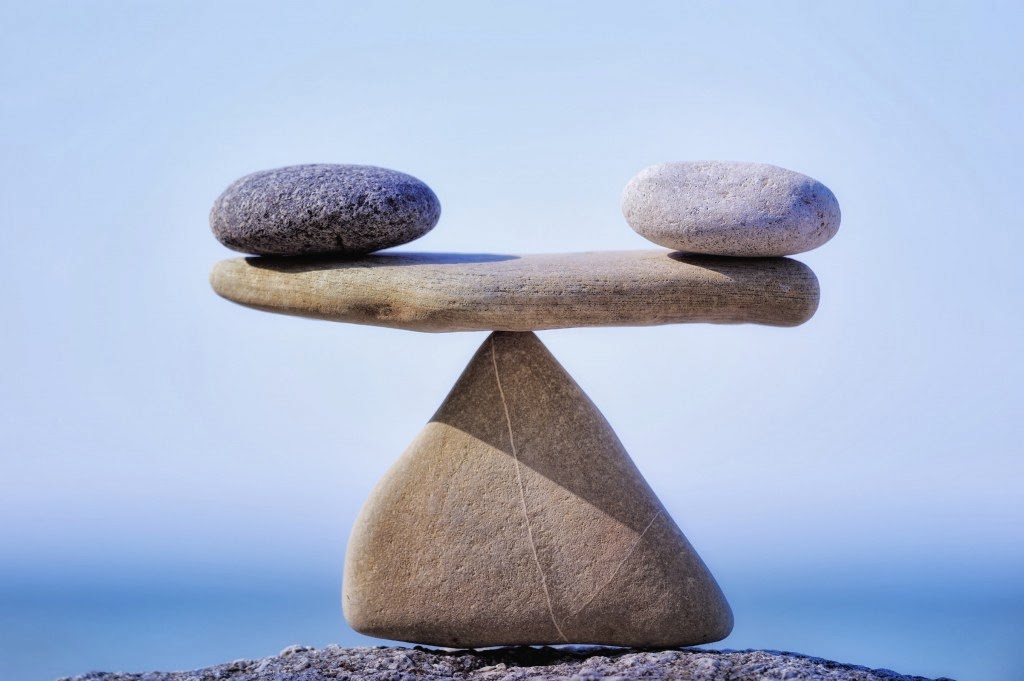 If a bodybuilder is getting ready for a competition, he may face the same challenges.  For the next few months, he will have to put his time and energy into his contest prep, and this may restrict him in certain areas of his life that he prioritized before.

For someone who doesn't have other people in their life that desire time and attention from them, then truthfully, balance isn't a big deal.  If he or she is chasing a dream and focusing all of their time and energy into seeing that come to fruition, then march on.  If they aren't neglecting people in their life that love them and have supported them wholly, and without reservation, then full steam ahead.

So here we arrive at the answer as to when balance has to be achieved.  And it's an answer so simple, that I never saw it.

Balance means there has to be more than one thing to be weighed against.  I mean, duh.

There has to be a contrast in regards to something else.  If there's not, then there is no need for balance.  All of your energy can be shifted into doing the things that make your life your own.  Because well, there's no one else to share it with.

But once something or someone else enters into the picture, there has to be a weighing of "time and place" so that balance can be achieved.  The problem is, as noted earlier, a lot of people expect there to be balance all the time.  And that probably isn't realistic, or really even ideal.

And the real key to finding balance, is for that something (like a job) or someone to be on the same page with you.  And in return, you shift your time and energy back towards that thing, or that person in an appropriate time and in appropriate measures.

For the bodybuilder who had a significant other prepping meals to make life easier, they shift that balance back to the other person afterwards.  Maybe takes a week or two week vacation, and spoils them for the time and effort that was put into supporting them.  After this, balance is shifted back into something that works for both of them in regards to the gym, and personal life.

The key in all of this, is to make sure and surround yourself with people with whom you can find balance with.  People that will support you while you strive to achieve goals and dreams of your own, and that you can do the same.  And that's another key note.  If you have people in your life that are a rock for you, that support and love you when you're not really putting their needs at the forefront, you need to be able to do the same for them when the time arises.

The ability to find balance exists over a period of time.  It's not always something that is found in the here and now.  It's measured over the ebb and flow of priorities over a span of time.  The give and take of wants and needs in regards to life.

Most people are going to have passions and dreams they wish to pursue.  People in general are going to have things that exist outside of "you and me" that they may devote a great deal of time and energy to.   What's important is that we understand the need for these passions.  We need to understand that getting lost in the "you and me" isn't going to be for everyone, and that's really perfectly normal.  In the support role, we have to do our best to be there for them in these endeavours.  And when we do, we should expect the same from them when it's our turn, and they should provide it.

Finding balance becomes problematic when none of these needs are met.  When one person diminishes the desires of the other person that exist outside of the relationship, there will be issues.  It's also problematic when those desires take over and consume that person to the point that the relationship, or the other person never feels like a priority.

The scales are going to tip from time to time.  There is a great degree of normalcy in this, and overall "balance" can be found so long as it doesn't tip to one side for too often, and for too long.