Some technical errors that maybe holding your bench and deadlift back

Since I opened up the floor the online coaching, I have found that programming is generally the easiest part of helping people get stronger.  It's not difficult to understand that side of training when you understand how to manipulate volume and intensity, and adjust those things based on what feedback I get each week from the lifters videos.

What I find, more often than not, is that the novice and intermediate level trainee usually suffers from similar flaws in the technique of their lifts.

Today I will go over a few errors I commonly see both when I do seminars, and from videos I get from my trainees that need to be corrected.

Deadlift error - Hips too low / Shoulders behind the bar

This one is very common.  A lot of guys really bend deep in the hips, thinking they are more or less doing to squat the weight off the floor.  They essentially try to mimic that motion, and don't realize that it's actually putting them in a poorly leveraged position.

Here is a trainee I have that demonstrates what I am talking about. 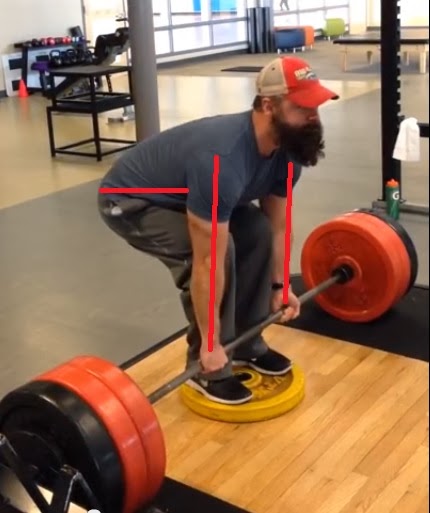 In this picture, the lifters hips are too low, which inevitably brings his shoulders back and behind the bar. 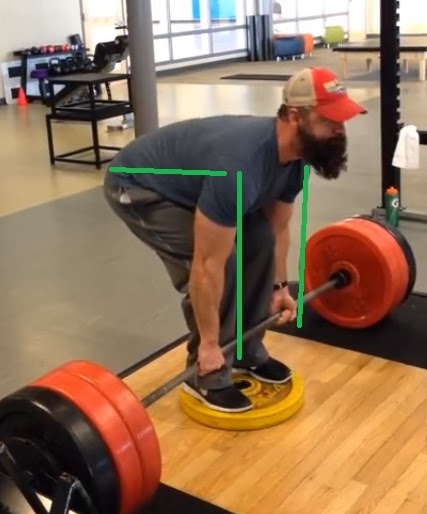 Notice that his hips rise, and bring his shoulders over the bar.  This is the proper position the lifter needs to be in in order to get leverage over the bar, and apply enough force into the bar to break inertia.

To offer up a positive here, his shin angle in relation to the bar is good in both positions.  That is, he's not "over crowding" the bar.  Here is an example of that.... 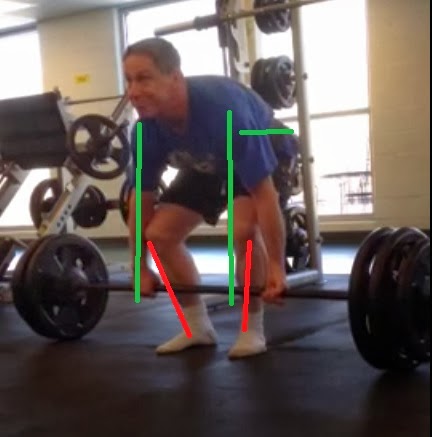 Notice that his shoulders and hips aren't in a bad position, however his knees are VERY far forward over the bar.  What happens in this case is that the lifter has gotten the bar too close to him at the start of the movement, and when the knees shift this far forward, then the lifter ends up having to apply force off the ball of the foot, rather than from the heel, and the hips are less involved in helping to break inertia.  What will generally happen next is that the hips will rise high very fast, but they will still be behind the lifter and not moving forward to aid in the lockout.   It turns into more of a stiff legged deadlift because knee extension and hip extension are not working in unison. 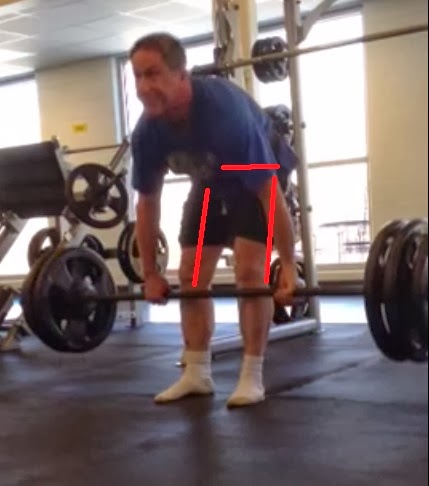 As you can see here, the hips are locked back and not moving forward.  This is how a stiff legged deadlift more or less looks.  Which is great....if you're doing stiff legged deadlifts.  Now what happens is that the lifter has to try and finish the pull more or less with just the low back, and the hips and glutes have a harder time coming forward to help the lockout.

Here is an example of a more advanced guy I am training.  Notice his shin position is up and down, his shoulders are over the bar, and his hips are in perfect position to start the lift. 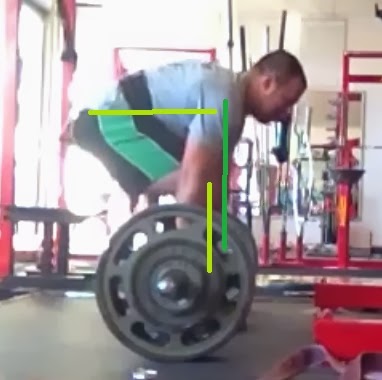 His upperback is slightly rounded, which is fine because his low back is still being held neutral.  This is a solid and correct position to begin the pull in.

The one error I see fairly common in benching is that they don't get proper bar path in relation to elbow and forearm angle.  When this happens they essentially turn the bench press into a somewhat modified tricep extension.

Here is an example of this.... 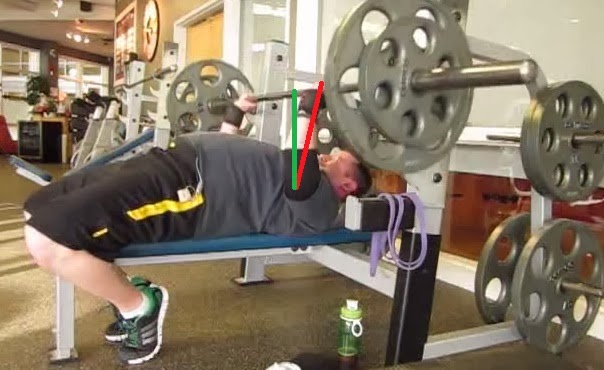 Here again is the more advanced lifter I am working with. 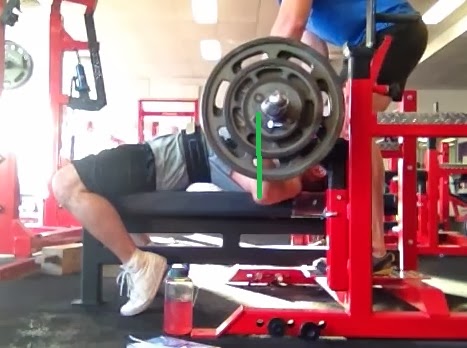 Good arch, solid setup on the bench, and proper elbow angle in relation to the bar.

Lots of guys have no clue when it comes to programming.  I'm talking advanced guys as well.  Every week I see guys doing max singles with very little rep work, and then watch them wonder why they miss weights in the gym, at the meet, and don't understand why progress is so hit and miss.

With most novice guys I see lots of technical flaws that tend to hold their lifts back.  It can take a while to get out all of the kinks, but even the most brilliant of programming won't be near as effective until these things get ironed out.

Many times guys search up and down for perfect routines or program and then wonder why they get stuck over and over again at the same weights and rarely break PR's.  Poor technique will always be a limiting factor when it comes to weight on the bar.  So it's essentially that you do your due diligence in regards to sharpening your form and technique if you want to get better.
Posted by Paul Carter at 8:46 AM