5 brutal truths about lifting and life

For the most part, life really isn't full of surprises.  If you talk to someone who has lived long enough, and experienced enough, they are going to open your eyes to that revelation.  The problem with most people is that they generally have to learn through their own experience, rather than learn from the experience of others.


1.  What you are right now, probably isn't good enough, so just be honest about it.

Plenty of people lack enough self awareness to be introspective to understand that the reason why they often come up lacking in areas of their life they think they should be excelling in, is because they just aren't good enough yet.

That job promotion you haven't gotten?  If your boss isn't a total asshole and doing it to spite you, then there is probably a reason why you haven't gotten it.  I was in a job for 8 years where I won awards and got big raises for the work I did.  But I never got the promotion I thought I deserved.  I fumed about it for years.  The reason I got awards and big raises is because the areas I was being rewarded for, I kicked ass in.  However there were other areas I was lacking in that didn't make me look like an ideal candidate for the promotion.

The truth is, I sort of knew that.  But I focused so heavily on the areas I excelled in felt that they were enough to warrant the promotion, that I never really improved on the areas I sucked in.

In bodybuilding I have read a million times where someone felt they got robbed, when it was obvious to the rest of the people watching that they were "off" conditioning wise, or that their weak areas still hadn't been addressed enough to call for a higher placing.

In powerlifting I rarely read where a guy says he missed an attempt because he just wasn't strong enough.  It's always "I got forward" or "misgrooved it" or "the handoff was shitty".  Yeah, but if you were just flat out fucking strong enough that shit wouldn't matter.  Perhaps you misgrooved it because you weren't strong enough to maintain the proper position to execute the lift.  I guess you never thought about that?


2.  The statistical odds of you being great are incredibly slim


This past weekend at the Arnold I ran into my share of people who had been trying to turn pro for a long time but hadn't.  Of course there were a myriad of reasons why that hadn't happened but if you want honesty, then the most obvious reason is because you're probably not a genetic outlier.

Genetic outliers exist in every realm of life.  Business, sports, whatever.  There's only one Warren Buffet, but there are millions of dudes that do day trading and play the stock market thinking they have this shit figured out, all the while driving a seven year old Ford Focus and living week to week.

There are dudes and chicks that will stay in the iron game for a long time that never reach the pinnacle of what their respective sport has to offer.  There are only so many Mr. Olympias and there are only so many guys that are ever going to hold world records.  Last time I checked, companies only had one CEO.

People often end up in superior positions in their endeavors because they generally have something that separates them from everyone else that you can't "train" for.

And that's what generally separates the outliers from everyone else.  The things they are born with that you just don't have.  This doesn't mean that over time, if you hang in there long enough, that you can't accomplish some incredible things.  But there is always going to be a set distance between you and the outliers (if you aren't one) that is going to exist.

This is why I hate that saying "champions are made, not born."

Champions are born, then made.  The raw materials to become elite or become a champion generally has to be there from the start.  Again, this doesn't mean you can't go on to accomplish some great things, but they are always going to be limited by genetic ability whether it be mental or physical.  This is a hard truth that some people refuse to swallow because they think they can outwork genetic limitations.  And that is just not possible.  Especially if the genetic outlier is willing to work just as hard.  Then you're just never going to be as good as him or her.  It's a brutal truth, but that's life and that's competition.

3.  There's often a high risk factor that comes with attaining something great

Another brutal truth about people who find or attain greatness is that they are often willing to do shit people just aren't willing to do in order to see that come to fruition.

It comes back to how bad you really want something, and how much you are willing to give up in order to attain it.  As I've written many times before, everything in life that gives you something will take something else away.  I've had people argue this principle with me before but I've never seen it violated.  Not once.

At the same time, I don't think you can lived scared.  That's a great way to make sure that nothing great happens to you either.  Hope is not a strategy for success.  If you want something magnificent in your life, then you better be willing to put your balls out there for it.  This is something that was reiterated to me lately by a good friend.  Anything worth having is generally going to require both work, and risk.

Yes it's true you can get burned from risk.  You can lose everything or get your heart broken or fuck your life up completely (doesn't sound so good now does it?), but you could also find something great on the other side of all that risk.  In fact, I don't know of any other way to attain something great without risking something at some point along the way. 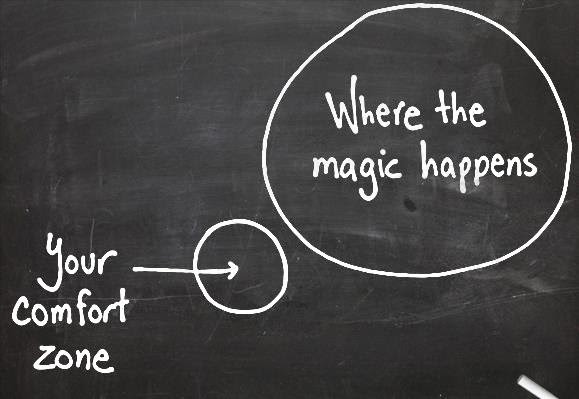 No one ever wins at the worlds series of poker without taking a risk on a few hands.  Playing life scared is a sure fire way to make sure you never "win" something big.  This all really comes back to your comfort level, and your previous experiences with risk.  If you've been burned over and over again you may believe that that's all life has in store for you and you may become conditioned to recoil as soon as you feel you're outside of your comfort zone.  Or you may summon up the courage to say "fuck it" one more time and find that it was the "one more time" that made all the difference.


4.  Your goals are probably going to take longer to attain than you are willing to be patient for

At the beginning of every year gyms are flooded with people who really believe this is going to be their year of change.  Physical change, I mean.

Six weeks later it's generally the same people in the gym that were there the rest of the year.

The fact is, most things you really want to accomplish take far more time than you realize.  Breaking old habits is hard, and they often creep back in and don't creep back out without a tremendous amount of effort and time.  There usually has to be something dramatic that happens in someone's life before a paradigm shift happens that alters the path they had been on.

Most people that find the gym or fitness or whatever, often have a story about how they had just had enough of what their life looked and felt like physically, so that they never wanted to be in that position again.  The reason some people don't have that paradigm shift is because they don't hate their current situation enough for that shift to take place, or for that shift to cement itself into habit.

You know what is not a terrible idea?  Take whatever time frame you have for your goals right now, and double them.  That 6 week body?  Try 12 weeks.  That 12 week body?  Try 24.  This doesn't mean you fucking sloth through this shit.  It just means you commit to a longer plan because more often than not, it's going to take longer.  The best way to become discouraged is to set yourself up for failure from the very start.

I have clients tell me their goals from the start and I'm brutally honest with them about their aspirations.  If you just benched 300 for the first time last month, and you tell me your goal is to bench 350 in the next three months I'm going to tell you that's probably not possible.  I could be "that guy" and rub your belly and pat your bottom and tell you how awesome you are, and that "you can do whatever you put your mind to" but the fact is, the body is probably not willing to put 50 pounds on your bench press in three months, so stop being a special snowflake clown.

You can't undo a lifetime of fucking your body up in a few weeks, or even a few months more than likely.  If you just spent the last 20 years creating shitty habits then expect a lengthy period to undo both the damage done by those habits, and the time to create new habits.

Some people just quit at the first sign of failure.  They get to a sticking point, and just say "fuck it".

Some people aren't willing to fight for things.  For various reasons.  Whether they believe it's not worth it (sometimes it's not), or because they aren't good enough (sometimes you aren't), or because well shit, it's just too fucking hard to overcome this particular loss.

But the fact is, failure is a part of lifting and life and cannot be avoided.

What matters the most is, how you handle failure, what you learn from it, and what you do with it.

If you let failing destroy you, then you may not get back up from it and thus, yes you failed.  You failed because you refused to get the fuck back up.  Not because something didn't work.  Not because something wasn't perfect.  Not everything works.  Not everything is going to be perfect.  And you have to find a way to understand that that is ok if you do want to succeed. 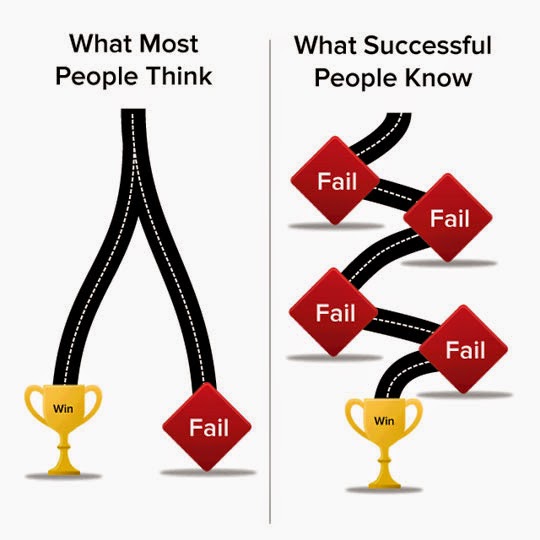 The path to success is often littered with failures of various kinds.  They serve a purpose, no different than success does.

Success leaves us clues as to what does work.

Failure leaves us clues as to what doesn't.

Fulfilling your own personal greatness means experiencing both, then deciding what you will do with them.  People don't always handle success very well either.  I've had guys tell me that their training was going awesome, and that they were going to make changes.  This makes zero sense.  If something is working for you, milk it until it doesn't.  If something is not working for you, change it to see if those changes bring forth positive results.  If they don't, change it again.  And again.  And again.

And "don't" is what failure REALLY looks like.  It's the inability to be willing to keep making changes until you find success again.