Ask and you shall receive...but it isn't free

This past week, I saw where a guy posted up some progress pics in regards to his fat loss diet.  The coach he had been using had obviously done a great job working with this guy, as his results were exceptional.

He later posted that he had received several messages from people, as to what his diet looked like, and if they could have a copy of it.

So, he paid a coach for his diet, his coach gave him personal attention and detail in regards to said diet, and other people wanted it....you know...for free.

This irritates the living shit out of me.

How would you like it, if you were a carpenter, and someone messaged you and asked you to come fix up some new cabinets for their kitchen...you know...for free?

What if you were a mechanic that owned a small garage, and someone shot you an e-mail asking if you would come and take time out of your day to look at their transmission and see what is wrong with it...you know....for free?

Some people will do that.  But most places have a charge for that because time is money.  And the time they take out to look at your shit, can mean money lost because it's time they divert away from paying customers.

This has become very common in the fitness industry.  People think that it's perfectly ok to run around asking for advice, diets, training programs, books, etc for free, from people who make a living providing those services.

I still can't figure out how to get my head around the fact that people often justify this by saying shit like "when did someone corner the market on a training program?"

They didn't.  You're paying for a service.  And if it's from an expert or professional, you should EXPECT to pay for it.

A while back Charles Poliquin was doing some of John Meadow's mountain dog training under John's tutelage.  When he wrote about the great results he got from it, people publicly asked to see what the training program was.

If just now, in your mind, you don't see a problem with that, then you really need to find a fire hydrant, jump up as high as you can, and slam your face into it.

I'm being dramatic because it's a very irritating subject for me.  I have heard and lived this story many, many times.

John does this for a living.  So basically people are asking to see a personal program he created for a paying client....for free.

Again, if you see nothing wrong with this, find a fire hydrant and get to work.

When I started working with  IFBB Pro Fred Smalls, Fred started making incredible gains in mass and strength.  Of course it didn't take long before people asked outright, what his training program was.  You know, exactly what it was.

Freddie pays me for training.  So do the dozens and dozens of other clients I have.  Is it fair to them for me to just give you their training program, when they had to pay money they earned for it?

Is it fair for professionals to answer question after question to you, for free, when other people have to pay for that exact service?

Again, if you don't see a problem with people doing that, go find that fire hydrant.

I still answer a question here and there because I do want to be helpful.  But I have found there are a few kinds of people in the world in regards to when you open that door, and what they will do with that small opening.

If you're smart, you checked out long before then.  I've literally had guys message or email me a question, I answer it, then get 5 questions back in return.  You know, in numerical order.

Think about a client who paid that only asks one or two questions a week.  Again, is answering all of these each week for free, FAIR to the paying client?  I don't think it is.  But maybe I'm an asshole.

Ok, that's fine.  I'm an asshole.  But for other reasons.  I'm right in regards to my stance here.

Even worse, is when you are kind enough to take time out of your day to answer someone, and then you see them asking this same question a week later to someone else.  Of course, we know these people as askholes. 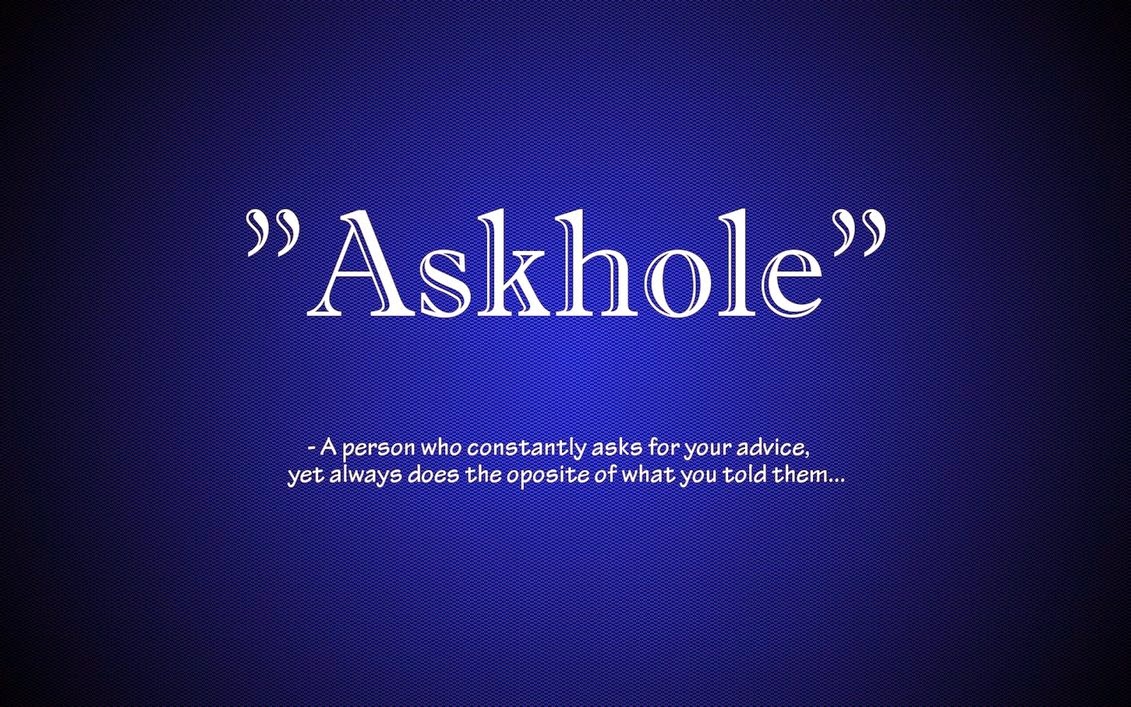 They ask you a question, then either do what they want to do anyway, or just ask someone else.  When my buddy Jason Pegg was with elitefts he had a guy that kept asking him the same question over and over again, never content with the answer Pegg gave.  Finally, Pegg simply answered "just tell me what you want me to say and I will write that down."

I've had people want to do a Skype or online chat session (mind out of the gutter here) for free.  This has happened on numerous occasions.

Yes, let me take time out of my day with my kids, from my business, from running errands, cooking, and doing normal day to day shit, so I can sit down with you for over an hour to answer all of your questions.  You know....for free.

A service is a service.  You'd never expect to walk into a single business that provides a service and ask them to offer that service for free.  Why?  Because it's devoid of all rational thought and logic?

The fact is, you should have enough respect for other people's time to ASK what they charge before you go ASKING them to provide them a service.  Isn't that what you do when you pick up the phone to call a place that provides a service?

"Yessir, I need my washer and dryer looked at.  Do you guys provide that service?"

"Ok what about pricing?"

"Yessir, I need my washer and dryer looked at.  Do you guys provide that service?"

"Ohhhhhh, I didn't know you charged money for this.  My bad.  Thank you, sorry for wasting your time."

Even prostitutes require you to pay them!  They will give you pricing for all of their services!  As soon as you pull up they will rattle off what each service costs, or how much you need to pay for X amount of time.

Yet this particular conversation goes on all the time on the net (not the prostitute one).  I've heard countless of stories from guys that do very well as coaches and have plenty of my own.  The fact is, we shouldn't even have these stories.  I mean, maybe one or two here or there but I bet if I went down to Goodyear and asked how many times a week someone comes in and asks for free tires, they would said "uhhhh, never?"

I'm not saying you should expect to pay for asking a single and easily answered question.  I'm saying if you have a list of questions, ask what the person would charge for an online chat session.  Believe it nor not, sometimes you will catch them in a good mood and will say "just hit me up man, I can answer real quick."

Why?  Because they appreciate the fact that you showed enough respect for their time and what they do, that they helped you out for free for being courteous.

If you're a numerical order dude, or a weekly question asker, or an askhole, please understand that services cost money.  If you don't want to pay, that's perfectly cool.  Just don't ask for someone's time without expecting to give up a few bucks. 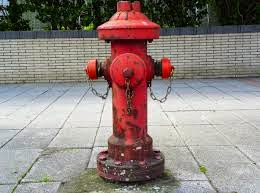