I'm going to do this more or less in bullet fashion so that you all can have more or less a high level overview about the week.  Also, it's not in any particular fashion in regards to the week there.


For some misc shit -

No matter what, when I write these I always feel like I'm forgetting to mention something.

I want to give a HUGE thank you to Charles Poliquin for inviting me out.  I have so much respect and admiration for Charles.  Mainly, I am grateful for our friendship and his ability to call me and tell me I'm a "fat cunt".  Love you, buddy.

In all seriousness, I feel honored to have the ability to ring Charles up just to talk about training and life, and learn from a guy who has talked the talk and walked the walk for so long. 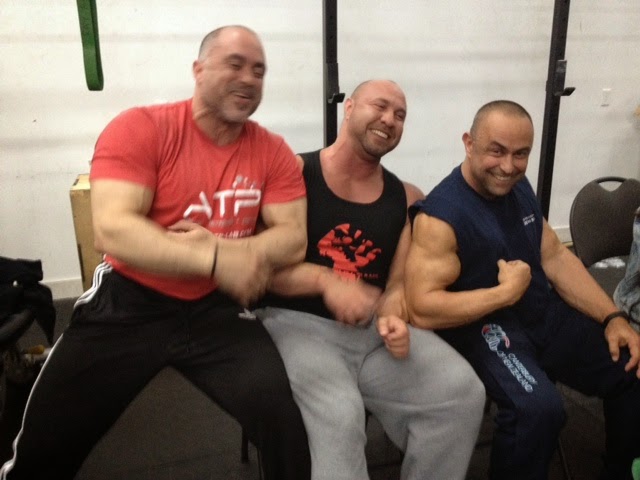 I want to say thank you to Juan for keeping me entertained all week, for being a man with tremendous courtesy and thoughtfulness.  Juan comes across as super intense when you first meet him, but it's all just on the surface.  Underneath, he's an incredibly gracious dude and I look forward to spending more time with him.

Thanks to Daine for the blind date.  LOL.  I suppose that's another story all together, and one I will write about after we kick things off for next year.

Thanks to Dmitry, for being very Russian (inside joke), and for letting me annoy the fuck out of him without stabbing me.

Thanks to Vince of ATP who gave me a very good sleeping supplement that I used with great success while I was there.

Also a big thanks to so many people that made the trip worth remembering.  I had a time for the ages and it was easily the best trip I've taken in a long time.  Though I was pretty exhausted by the end of each day, I came away from the trip with enough awesome memories and experiences to last until I go to the Dominican Republic next month.  HAH!