Trials, Tribulations and Victories of the “Hardest Worker" – How I got to be the athlete that I am today


The “Hardest Worker” – that would be me, well, at least according to the inscriptions on the trophies I collected at the end of each year at gymnastics awards ceremonies throughout my childhood.   At the time, I was not too happy about this but knew it to be the truth.  I wanted to be the MVP. That is not to say that I did not do well, my mother has a closet full of ribbons and medals that say otherwise, but most the awards from that time were not the gold ones, unless Kim, my best friend and teammate, was absent from competition.  In these cases my first place finish was meaningless to me because the best girl was not present to challenge me. This pattern started shorty after kindergarten and continued until I was 14.  I wasn't the prettiest girl on the team (Sarah), or the most flexible (Christy), or the most graceful (Nicole), or the most technically proficient (Kim).  Nor was I the most fearless competitor (also Kim).  I was the hardest worker and so I became the strongest.  When I was seven years old, the senior girls coach, Ralph, gave my first nickname was "mighty mouse".  I loved the name and answered to it with pride.  In the early years, I was a mess – toes never pointed, posture never correct, runny nose from the chalk, unruly hair, and often walked around sporting a wedgy from my leotard.


As a result of not being perfect, I was punished with endless conditioning and calisthenics.  In one particular training session I was deemed unworthy of practicing routines with the girls because I yawned during warm-ups (Kim will laugh about this when she reads this).  My coach was not very nice.  I often did push-ups, leg raises, pull-ups, standing back tucks, and squats jumps in solitude while watching the other girls practice the dance sequences of their floor routines.  I recall sitting out a gym pizza party because I was forced to practice my glide kip on the uneven bars.  I never really minded though – I loved the feel of the hard work.  Sometimes I was scolded for puking from over exertion.  If I puked, I was not allowed to have a friend sleep over that night – bummer!  As a result, I learned to hold my cookies!  On occasion, I would be sent home for “chickening out,” and this particularly bothered me.  Failing to fully attempt a skill due to fear, or “chickening out” is about the worst thing you can do in gymnastics – you endanger your own safety and that of the coach.  It implies a lack of trust in the coach and/or personal fear.  Both are big obstacles to conquer, and extremely difficult for an athlete to overcome. 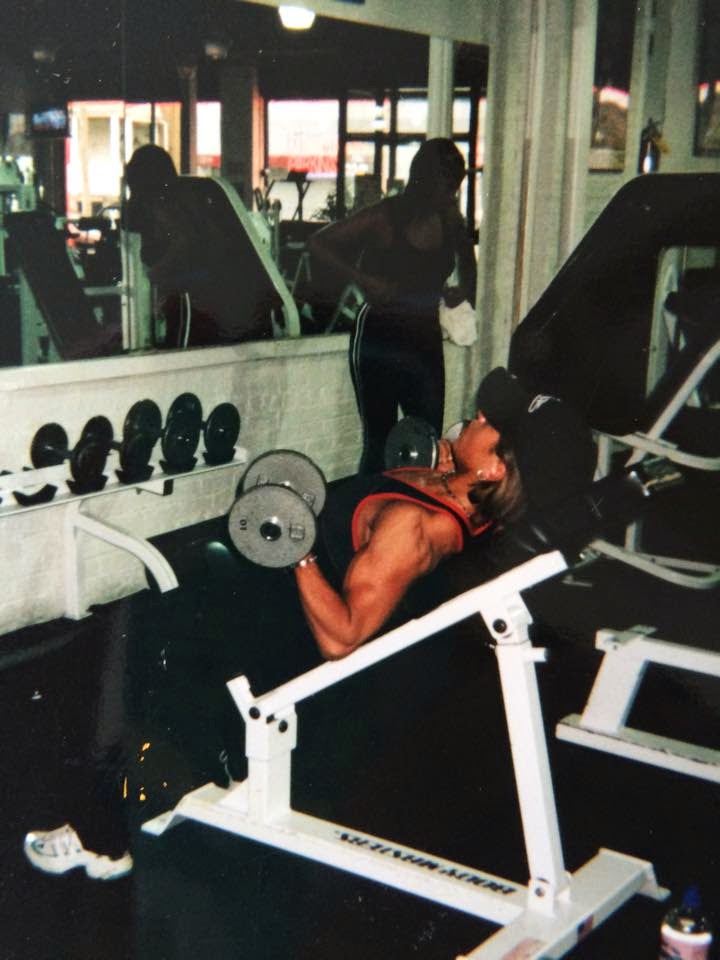 This may sound crazy, but I started my own conditioning regimen at home with my friend, Kim.  We would run, jump, do calisthenics, play on the high bar and balance beam in my backyard, and play fight.  Yes, fight.  Somehow we figured out that beating each other up by throwing punches and wrestling was the best exercise.  Our parents were not very happy and the other kids that witnessed this kept their distance.


This work ethic came from my father Russell and my grandmother (his mom) Shirley.  My father has always lived by the notion that nothing brings more satisfaction than a hard day’s work.  Physical labor and building things with his hands have always been both his therapy and livelihood.  He does not understand the training that I do because I "pick things up and put them down" versus getting real work accomplished like raking leaves, shoveling, digging ditches, and roofing.  Most of my life when I told him I was off to the gym he would offer to give me work in the yard instead.  This might sound a bit odd because I grew up in New York City - Queens to be specific.  For those that are unfamiliar, there are parts of Queens that may seem similar to wilderness in comparison to Manhattan.  My grandmother was tough on me – she accepted nothing less than my best.  She taught me that the only way to get ahead was to work hard and set yourself apart from the others.


I was an anomaly. As a child, I sported a Mary Lou Retton haircut and I wanted to be just like Superman and Tarzan.  Some thought I had gender identity issues – I didn't.   I simply thought that Superman and Tarzan were way cooler than the female action heroes of that time.  I spent many hours daydreaming about swinging through the jungle, or running so fast that I could take off and fly.  It didn't help that I (too frequently) wore a T-shirt my mom gave me emblazoned with the phrase "Anything Boys can do Girls can do Better".  I was not the first of my friends to have a boyfriend.  Somehow I could never accept that there were activities that were gender specific, which leads me to the following… 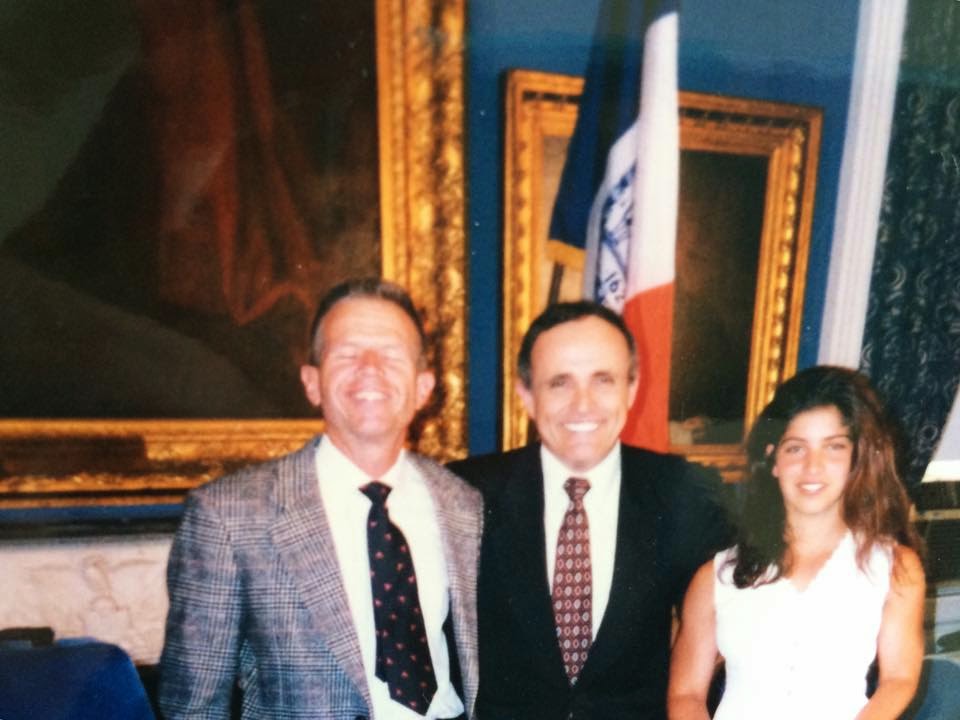 In 1989, I entered Junior High School at the age of 12.  My school offered two morning activities before school – weight training for the boys and aerobic dance for the girls.  I wanted to participate in weight-training, and begged the PE teacher Mr. Hammer to allow me participate in spite of my gender.  He was hesitant (at first), but conceded when I demonstrated my ability to do pull-ups.  There were few weights - the club equipment was stored in an old closet.  We had a bench, some dumbbells, a dip bar, a pull-up bar, and some mats.  The club maintained a “Wall of Fame” in the gym that boasted various physical records.   The Wall of Fame consisted of three columns ( 7th, 8th, and 9th grade students respectively), and two entries – one for the boys and one for the girls.   As a 7th grade student I looked at the column of 9th grade boy’s records and told Mr. Hammer that I would break every one of those records - that day.  He chuckled – but stopped when I showed him!  Enough said.


Instances like this were the theme of my life for the rest of my teenage years.  My freshman year of high school I pleaded with my parents to buy me a Universal Station weight machine that was sale at Consumer Distributors.  My bedroom became a gym with a pull-up bar, incline sit-up board, multi-station weight machine, mini-trampoline, sand filled dumbells, and a stair climber.  I hung anatomy charts on the walls and inspiring pictures of athletes.  Admittedly, to an outsider, this was peak adolescent weirdness.  Three cassettes - the soundtracks from Rocky IV, Flashdance, and Footloose – were played on my mini boombox while working out every evening for two hours after gymnastics or track practice.  My younger sister was so embarrassed of me that she did everything in her power to keep her friends out of my stinky room.  At the time, I didn't know much about training and did every exercise that I knew - every single day.  I believe that everyone hoped my obsession would wear off, but it never did. 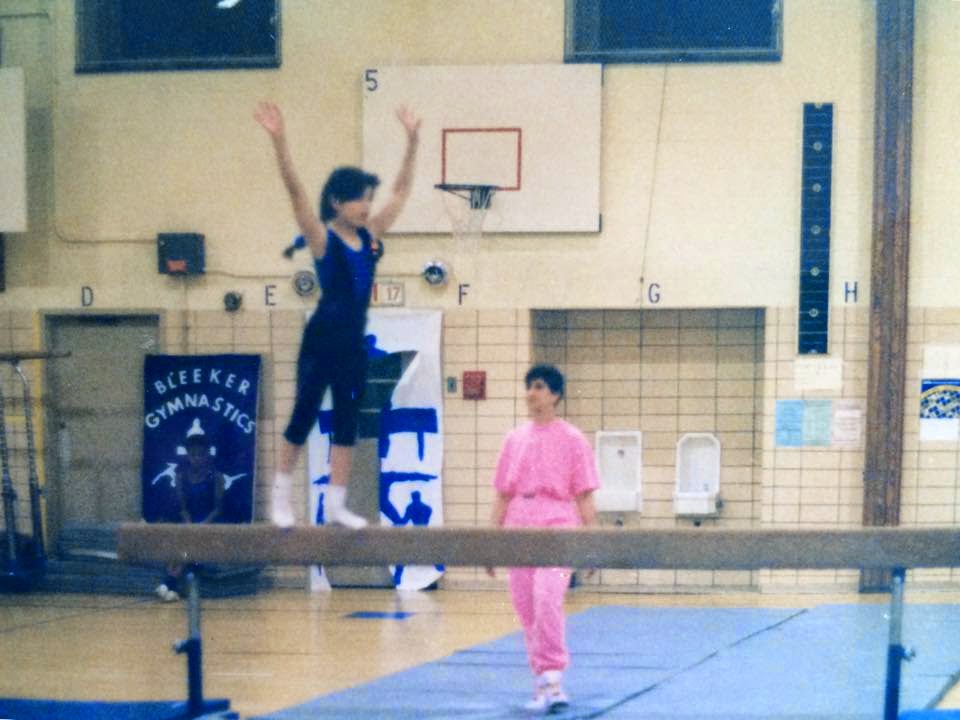 It was during theses years, 1991-1995 that being the Hardest Worker started to morph into being the MVP.  My passion for physical fitness became infectious at my high school and we started a physical fitness team that competed in the United Stated Marine Corps Physical Fitness Championships at a national level.  Gymnastics started to take a back seat after an injury and I focused more effort on track and field and physical fitness competition outside of gymnastics.  At the time I had exceptional leadership and coaching (thank you Mr. Featherston) and it gave me an opportunity to focus my efforts on specific goals.  I faced significant adversity during this time.  People were not sure what to make of me - especially the boys.  I was often made fun of and groped in the halls.  During my senior year, my pre-calculus teacher once drew a depiction of me on the chalkboard as a cartoon figure with huge muscles and lots of hair with a caption about me beating up my boyfriend.  My boyfriend was in the class at the time.  I arrived three minutes late to see the picture, hear a room full of laughter, and find my boyfriend somewhere between tears and rage.


I never gave up.  No amount of teasing, prodding, or labeling as a freak prevented me from being the hardest worker and reaching my goals.  A local newspaper once ran an article about me titled, "Is she human?" after I won the Marine Corps National Physical Fitness Championship (1995).  I had a strong psyche and a supportive group of friends and family, and this allowed me to press on.  I lived by two personal mottos.  The first, “sticks and stones will break my bones, but words will never harm me”.  I can still hear my grandmother repeating it to me over and over again. The second, “if you quit once, you will quit again”.  I don’t know who said that to me - but it stuck.


I attended a large high school with more than 4,000 students, and I was somewhat of a legend after a school wide push-up competition in the auditorium during my senior year.   The competition was held onstage and a full audience counting reps.   Reps were performed together, with competitors dropping out when no longer capable of performing another rep.  Each rep was chest to the ground with a full lock out at the top. The final two competitors were the best male on the fitness team and me.   Brad did phenomenal – he did somewhere around 160 reps. Long after he finished I was still going.  I stopped at 500 – I am not sure why, perhaps boredom, maybe my wrists were starting to hurt.  I probably should have documented my experience at the time.  Brad was a true friend - he congratulated me, it didn't matter that I did more push-ups than him.  In case you have any doubt I am not a naturally gifted genetic freak – I spent countless hours doing push-ups on a daily basis to train for this. Anyone that knew me at the time can attest to my wacky ways of spending my free time.


Like junior high, my high school boasted its own wall of records, not in the main gym like my junior high, but in the weight room.  I was told that 17 years after I graduated that my records still hang on the wall (push-ups, pull-ups, dips, bodyweight bench press for number of reps).  My mile run time and standing broad jump distance have been broken time and time again, they were far from outstanding.  I ran into the new coach of the fitness team (when I was in high school he was doing his student teaching there are part of his undergrad degree in Phys. Ed.).  He told me that each year his students ask, "Who is Mounsey?" and they want to know whether those numbers are for real or some kind of twisted prank.

This makes me feel special.  I will not always be the best at everything in life but I will always be the Hardest Worker.   My advice - more people should spend less time complaining and comparing themselves to others and more time working!  My satisfaction is far more related to the effort that I put forth versus the end result.  The end result is often out of my control, my effort on a daily basis is not. 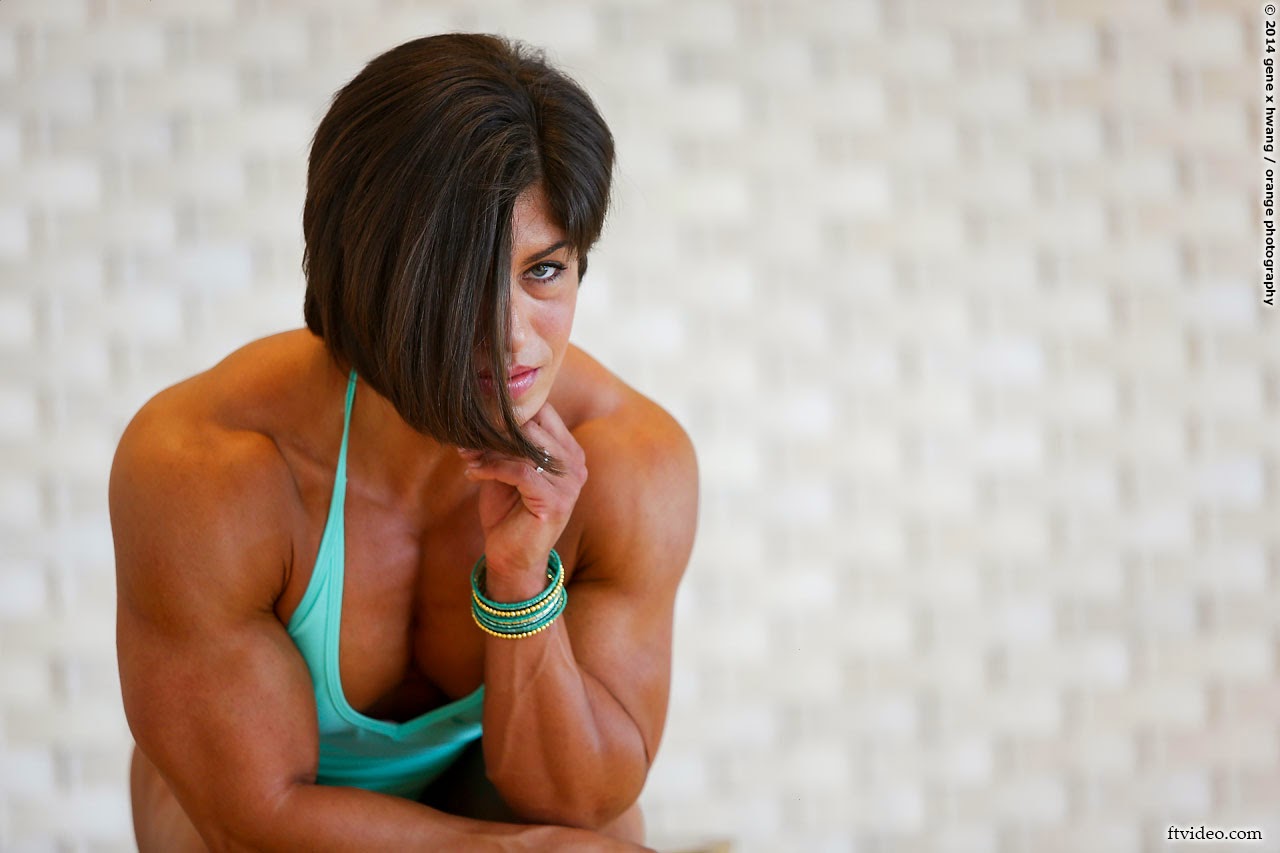