A few months ago when I was at the Mr. Olympia I ran into Brian Carroll at the expo there, and then later ran into him again in Caesar's palace.  I was sitting on a bench in the shopping area staring up at the sky painted ceiling when someone walked up to me and goes "Hey.  What are you doing?"

Brian and I stood around and shot the shit for a few hours and he asked me to come out to dinner with him and his wife that evening.  After dinner and shots (this appears to be a habit when we are together it seems) we departed but not before Brian shouted out to me, "hey let's do a seminar together!"

Sounded like a good idea to me so when I got home I racked my brain for a bit to think about where we could host such an awesome event.

It hit me that my friend Dan Pasholk, who owns Madtown Fitness, might be interested.  So I hit Dan up and he was excited about the idea of it.  I let Brian know that we had an opening to do a seminar in Wisconsin in January, and even as a Florida boy, didn't bat an eye about it.

I honestly never thought about the fact that it would be in Wisconsin in January as I live in Kansas City and I'm used to inclement weather this time of year.  For someone in Florida however, I'm sure I might as well have asked to do a seminar in the arctic circle.  But as noted, Brian never said a word about it and seemed genuinely excited to get this thing on.

Fast forward to this past weekend.

I drove up from KC and obviously my nav needs an upgrade as it took me about 8.5 hours to drive up, when Google told me it would or should only take about 7 hours and 15 minutes.  Also, I ended up on a toll road that was made from asphalt that had clearly been flown in from some third world war torn country.  Look, if I am paying to drive on your fucking road that shit better be like god damn glass.  I should feel like suddenly I'm driving a Cadillac.  Not riding a mechanical bull.  So fuck you, Illinois toll roads.  Fuck you, and fuck you, and fuck you.  Not even for $1.50 should I have had to pay to drive on that shit.  And don't ask me what road it was.  I don't remember.

Brian was flown in, of course.  And because generally two people often have opposing travel experiences my guess is Brian got a free massage from a Swedish bikini model that smelled like cotton candy.  He didn't mention it but I'm just assuming that is what happened, because that's what feels like to me, would be the polar opposite of my drive in.

I met Dan upon arrival at Madtown Fitness, and I must say, it's a fucking bad ass gym.  Dan obviously put a lot of heart and soul into creating this place and it shows.  A caged off area for powerlifting, lots of Nautilus machines that you can't find anymore, kettlebells, dumbbells that go up to 180 pounds, every kind of bar imaginable, and an assortment of goodies that any serious lifter would appreciate.

Luckily, Dan put Brian and I up in the luxurious Super 8 hotel where I was given a sponge bath by two toothless women that smelled like hot dog water.

The first day Brian arrived we went over to the gym and we both got in little workouts and hung out for a while to get to know some people and actually ended up working with someone folks on improving some of their lifts.

I also smashed into the back of Dan's car that night as we were headed out to dinner.  Apparently, you don't turn on red even though you drive like you're going to.  Luckily, no one was hurt and my car only got a few cracks in the front.  Dan's car, which apparently is part tank, had literally nothing wrong with it. 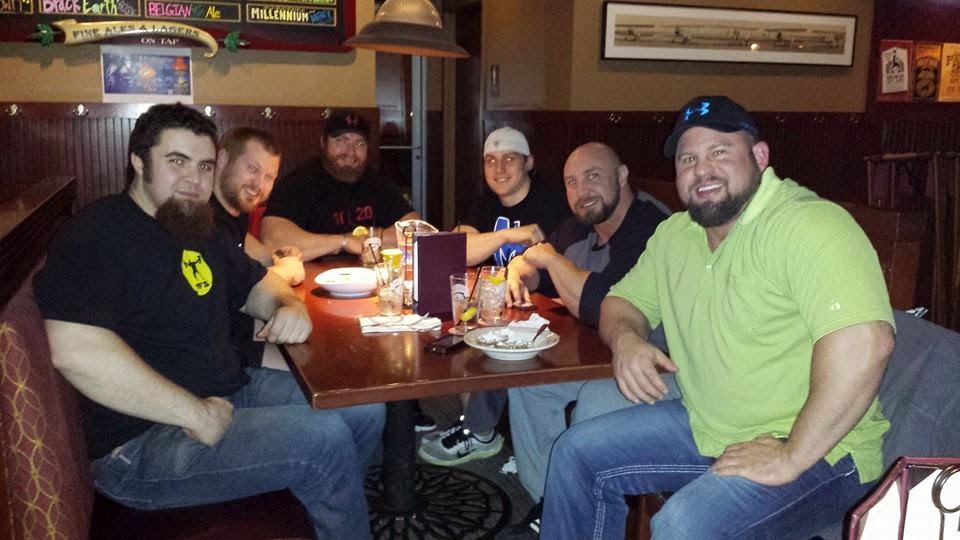 Brian and I kicked off the seminar on Saturday morning where Brian went over the five points of 10/20/Life.  A big part of what Brian offered up was the principles involved in rehabbing his lower back.  The day before the seminar he took me through the McGill big 3, which is a birdog, side plank with a roll, and the curl up.  I liked this a lot and will be implementing it into my own training starting this week.  Brian took everyone through these before we started squats and deadlifts on day 1 as well.

Before squats and deads Brian and I touched on a lot of topics including our background, his rehab, how to set goals, and developing the mentality to be patient and understanding that becoming great for the majority of people will take time.  We also went over prehab and rehab ideas as well.

After that, we went over squats and deadlifts in a very hands on manner where we spent time working on correcting technique problems and helping with mental cues to those struggling on perfecting their form.

Brian and I both share the same mentality in regards to how we approach this for a seminar.  Seminars are for teaching and learning.  Not hitting PR's.  It boggles my mind that people run seminars and think they are giving something to the people in attendance by throwing weight on the bar and having them go for a PR.  First off, I can't think of a worse thing than for someone to show up and pay to learn, only to get injured going for a big squat.  Second, if you are forcing your body to fix what it was doing wrong  before, you're probably not going to be stronger in that new position/range of motion.

With that minor rant out of the way, the first day was excellent and was basically the meat and potatoes of what the weekend was going to be about.  We set it up this way because the Packers were playing the next day and many people had voiced that they wanted to be done early on Sunday so they could watch the game.  This sounded fun so Brian and I went with it.

Sunday we opened up lecture on programming, offseason training, hypertrophy training, and addressing weak points via either a technique flaw or muscular one.  Interestingly enough, Brian and I share almost identical philosophies in regards to getting bigger and stronger, so we were able to really build on each others points.  This was something he and I both wondered about because we never really talked about how we would address it if we had conflicting views.  Luckily, we didn't have any because as noted, most of what we believe is so similar.

After lecture we went into benching.  Brian went over foot position, leg drive, setting up your arch and setting up tightly on the bench.  I went over bar path, wrist and elbow alignment, and we combined all of this into making sure your bench technique was as efficient as possible.  It worked out really well.

Afterwards we all headed out to a local Pub that was filled with Packer fans, who unfortunately watched their team lose in a dramatic overtime finish.  Still, we had a great time and did shots of tequila to celebrate a successful weekend. 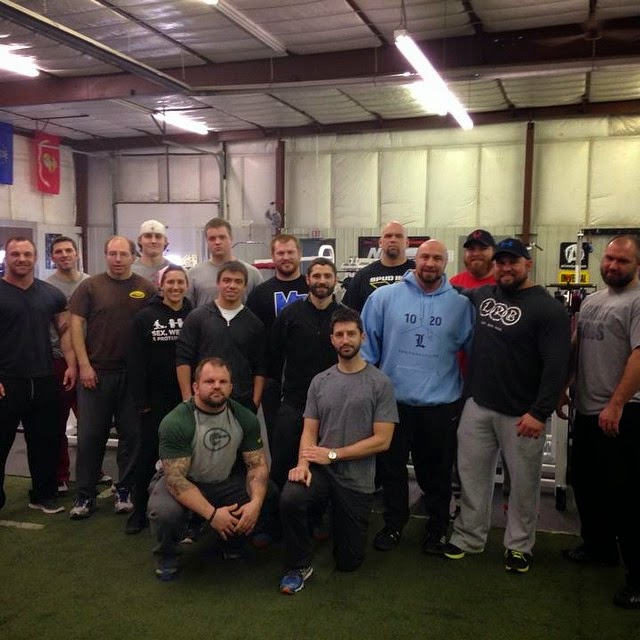 All in all, the LRB - 10/20/Life weekend was a lot of fun, and I learned a lot myself.  I can't say enough about Dan's gym and how great he was as a host.  I look forward to doing more work with Brian in the future as well.  He and I got along pretty famously and I felt did a good job of working together and meshing our thoughts into a single cohesive idea.

This next time I will let Brian drive, however.