The lost art of achievement

What image does that conjure up in your mind?

It usually comes back to two things.  Either a dream of something to be attained, or the acknowledgement of something unattainable or lost altogether.

Most of us don't grow up to be what we dreamed of being when we were kids.  For those of us that do, it often doesn't look or feel like we imagined it in the innocence of our youth.

For all of the people who held tightly to the dreams of being a firefighter, police officer, or doctor, there are million more who went on to become factory workers, mechanics, electricians, plumbers, and what not.

Not that there is anything wrong with any of these professions.  However, I can't remember a single friend I ever had in my youth that told me he wanted to be a plumber when he grew up.

So somewhere along the way, dreams get lost from the time of childhood, to the time of making real choices.  It doesn't have to be that way, but it often is.

Isn't it awesome to meet someone who does something for a living, and when you asked them how they got into that profession, they say "I always wanted to do this."

It's like a breath a fresh air.  I know it is to me.  To talk to someone who as a kid, dreamed of something, and actually never let that dream wane.  The passion they had for it, burned bright enough that they sought it out, and fulfilled it.

Maybe it doesn't look like what they had envisioned.  But the mere fact that they were able to actually see something through over that long of a period of time, is inspiring to me.  To plant a seed, and to watch it grow into something that actually bears fruit.

I don't know if you've ever heard of the chinese bamboo tree.  But it doesn't grow like most trees do.  It lives in the ground for four years, and then after it finally breaks the surface in the fifth year, grows at an astonishing rate.  Sometimes as high as 90 feet in five weeks. 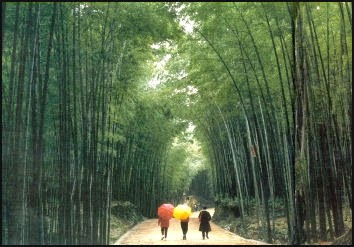 Yet, if it isn't cared for, watered, and fertilized for those four years, it won't ever have the chance to grow into something spectacular and magnificent.

How often have you stopped nurturing something, or stopped caring about something and simply let it die?  Without ever giving it the chance to grow into something meaningful in your life?

You may not know, because at that point, it's all conjecture.

Indeed, looking back for many of us, the worst two words we will ever have to utter are "what if..."

What if I had listened more?

What if I had been more patient?

What if I had tried harder?

What if I had cared more?

What if I had been stronger?

What if I had been more forgiving?

The thing that all of these phrases have in common, is the ability to remain virtuous while dealing with adversity.

So when we can't, we quit.  We make a decision that the amount of effort required to see things through, are too great for us.  So we walk away.  Never really knowing what it is we left behind.

Sure, we rationalize to ourselves that we didn't want it.  Or that it wasn't important enough anymore to stand strong in the face of adversity and not waiver.  Maybe it wasn't.  And maybe, we just quit too early.

Because the new year just happened, everyone is planting seeds.

Every fucking year with this shit.  And then the next year rolls around and it's a repeat of the same cliche.  And nothing has changed.  And nothing changes.

Getting lost in the thoughts of dreams fulfilled is fun.  And it's easy.  And that's what we like about it.  The ease of it.  To ruminate on what we want to be, and how awesome that feels.  What it would look like in our life to attain something we want so very badly.  But the actual attaining of it, well, that shit is fucking hard.  And it's January the 19th now, and it hasn't happened.  Guess I'm back to doing what I was doing 20 days ago.

Dreaming is easy.  Achievement is hard.

This is why there are so many 45 year olds walking around that talk about how they always wanted to see Paris, or wanted to open a business.  Yet somehow, in 45 fucking years, never found the time or the sack to make it happen.  How hard can it be to sit down and write out a goal?

Now look at it.  It's right there.

What is your plan?

And that's where it all stops.

Dreaming about goals, or life fulfillment is easy.  Writing down goals is easy.  Literally.  It's the easiest thing you can do.  To write some words down on a piece of paper.  Unless you don't have arms or legs.  Then that shit is very hard.

The hard part for those of us with arms and legs, is the achievement of those things.  Because well, that takes effort.  The kind of effort that when it comes down to the nut cutting, you may not have inside of you.  And you may not have it inside of you, because it's either not really as important as you make it out to be, or because you have wish fulfillment for all the wrong reasons.

If so, write out a plan.  And then see how long you can carry that plan out.  Days?  Weeks?  Months? It won't take long for you to find out just how important that thing is to you.

If it's for the wrong reasons, like trying to prove someone else wrong or to make someone else happy at the expense of your own, then it's even less likely that you will see this thing through.

The truth is, many of us want life to be easy.  That's exactly why we often end up underachieving, and let something die before it has a chance to grow into something special in our life.  80% of the people that will walk into a gym after January 1st, will walk out in six weeks, and won't come back.  Not enough for it to matter, anyway.  And certainly not enough to see themselves achieve the goals they were all giddy about just a few weeks earlier.

How many times we were willing to not see something through because we felt like, or told ourselves, it was too hard to stay in it?  That there wasn't going to be anything good that would manifest itself in spite of all our hard work and effort.  You want to know when disappointment sets in in regards to a situation?

When our expectations aren't met.  Especially when they aren't met in a time frame we deem acceptable.

"If I don't have that fucking beach body in 6 weeks then shit gym stuff and sweating my ass off isn't worth it."

Nevermind that you spent the last 10 years getting into a condition that cannot be undone in such a short period of time.

Quitting seemed like the best option.  The most rewarding one.

But this applies across a very broad spectrum in our life, doesn't it?

I don't know anyone that is in, or has a successful anything that didn't put in an enormous amount of effort to achieve it.  Ok, so Dan Bilzerian has 100 million dollars because he's a trust fund baby, but let's throw exceptions out here, ok?  I also don't "know" him, so my comment still stands.

The one thing I do know that all of those people have in common, is that their heart was invested into what they wanted.  They desired it more than they desired not having it.  And isn't that what having something that is difficult to attain is made up of? 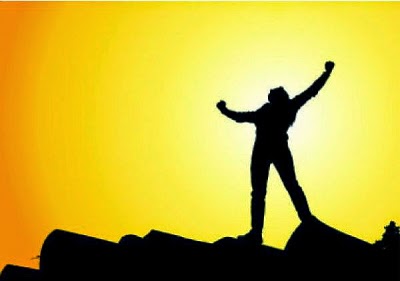 I read a great comment about the Chinese bamboo tree in regards to it's growth.

The question is, did it grow 90 feet in six weeks or in five years? The answer, of course, is that it grew 90 feet in five years. It took five years to grow the root system that would one day support a 90-foot plant.

If you want to deadlift X number of pounds, then expect to build a foundation to support lifting that weight.  It takes time.  It takes patience.  It takes a lot of work and effort to put that into place.

If you want a life or relationship or job that gives you fulfillment then expect to do all of those things in order to make that happen as well. 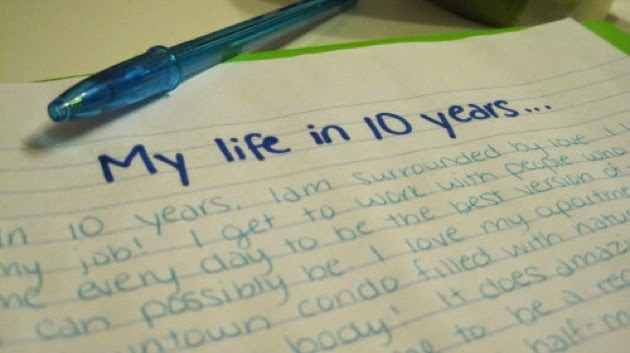 Planting the seed is easy.  Nurturing it into something strong and magnificent takes times, energy, patience, love, and sometimes...suffering.  Without those things, our dreams and wants will wither and die.  And what you will be left with is "what if..." and that piece of paper you wrote those dreams down on.