Last week I did a piece about how women should train differently than men for strength and muscle.

One of the ladies that collaborated with me on said piece was Gillian Ward.  After exchanging thoughts and ideas about that article, I started thinking that Gillian might be an awesome addition to LRB and had tossed around the idea about approaching her with coming on board.  So I was blown away and practically pissed my pants when she told me that if I asked her to come on board, she would. 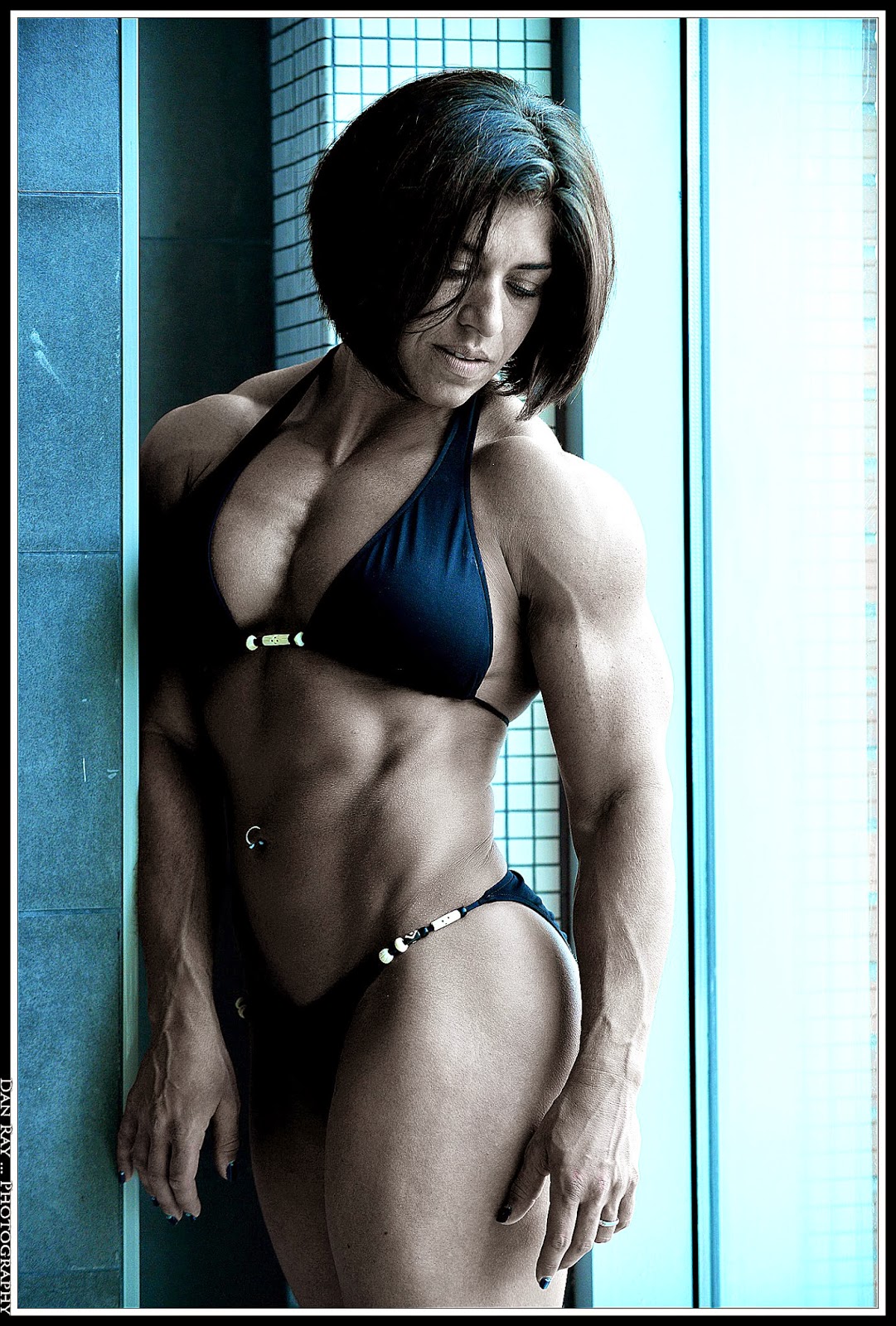 Gillian is a ridiculously gifted and elite level athlete.  I say athlete because Gillian prides herself on being functionally strong (I know everyone hates that term, but that's exactly what she aspires to), and follows the philosophy of allowing her "function to create her form."

If you didn't catch the article from last week, here are Gillian's best lifts:

To add to all of this, Gillian doesn't even do Crossfit anymore, but for shits and grins posted a Fran time last week of 2:50.  To make that even more ridiculous, she hasn't even practiced that thing in over 4 years.  This should tell you that, at the end of the day, it really is all about strength.

I am currently a national level women's physique competitor in the NPC. My goal is to attain my IFBB pro card and step on the Olympia stage someday. Additionally I am a highly competitive, national champion powerlifter and currently hold the SPF/GPC World record in the bench press. I have achieved the second highest raw total of all time across all federations second to Taylar Stallings in the women's 148lb class. I have been one of the very few females in history to bench press twice my bodyweight raw. I mess around a little bit with Olympic weightlifting as well primarily for enjoyment and have succeeded at qualifying for the American Open and Nationals. 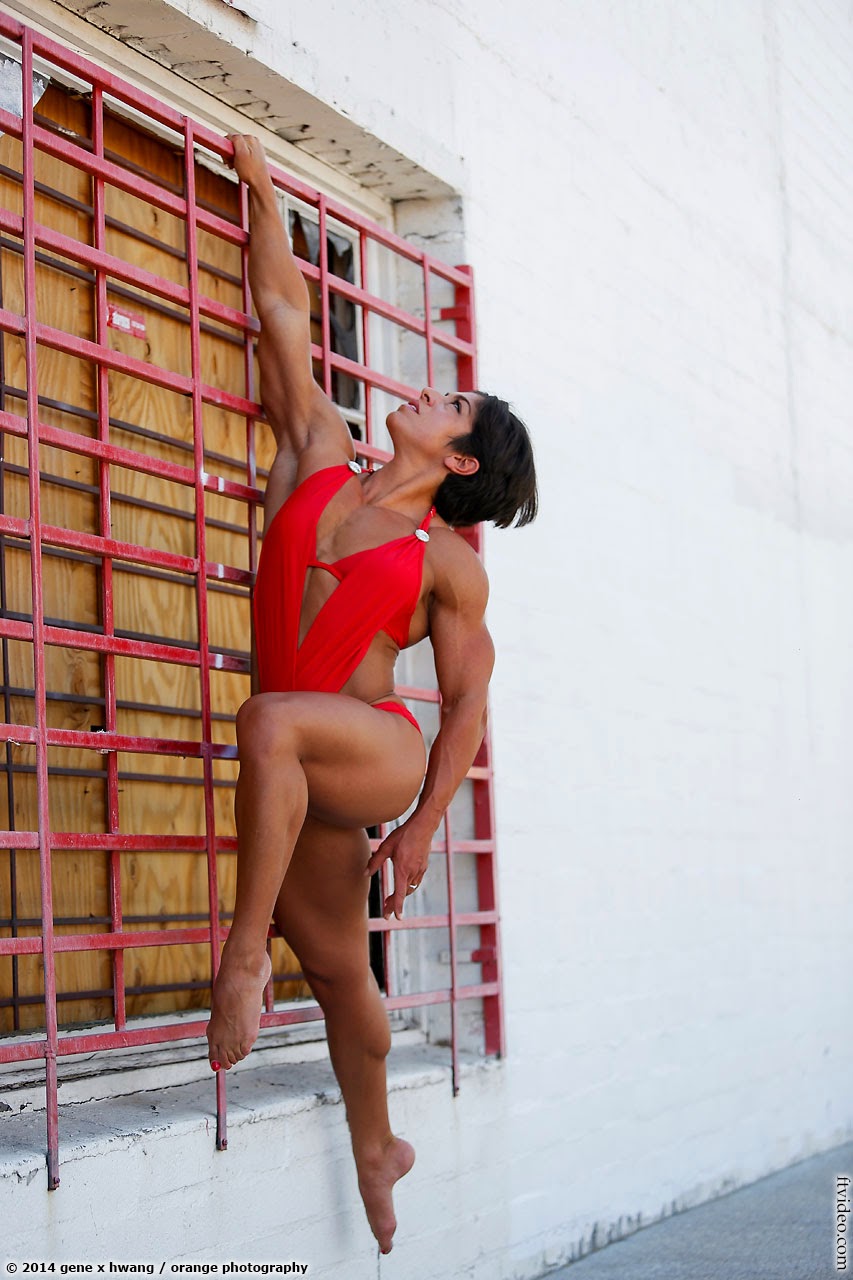 Formerly I competed in CrossFit and took 3rd place in the 2008 CrossFit Games.

Prior to CrossFit I spent most of my life as a competitive gymnast and track & field athlete.

In 1995 I was the United States Marine Corps National Physical Fitness Champion. This format of competition includes push-ups, pull-ups, sit-ups, standing broad jump and 300 yard shuttle run. During that year I also set the world record for consecutive push-ups.


My degree is in exercise science and I have been a practitioner in the field for twenty years in a variety of roles. I have advanced skills and experience with training senior populations, those with cardiovascular disease and or obesity, women, children and the severely injured. I own and operate a black iron gym in eastern North Carolina – Crystal Coast Strength & Conditioning and spend much of my days coaching strength training either privately or in small groups.


I am very passionate about the work that I do with Hope for the Warriors® - a non profit organization dedicated to improving the lives of severely injured servicemen and their families.


On November 14th 2009, I orchestrated an event called "Operation Pull For Hope" to raise funds and awareness for Hope for the Warriors®.


"Gillian raised money through sponsorship in her attempt to complete 100 Muscle Ups. Always a fan for human movement, Gillian asked donators to join her in her efforts. With participants completing Muscle Ups alongside of Gillian, "Pull for Hope" was an enormous success, Gillian completed her 100 Muscle Ups and raised over $58,000 for Hope for the Warriors®."


I continue to host four or more events at my gym a year dedicated to this cause and always have a wounded division. 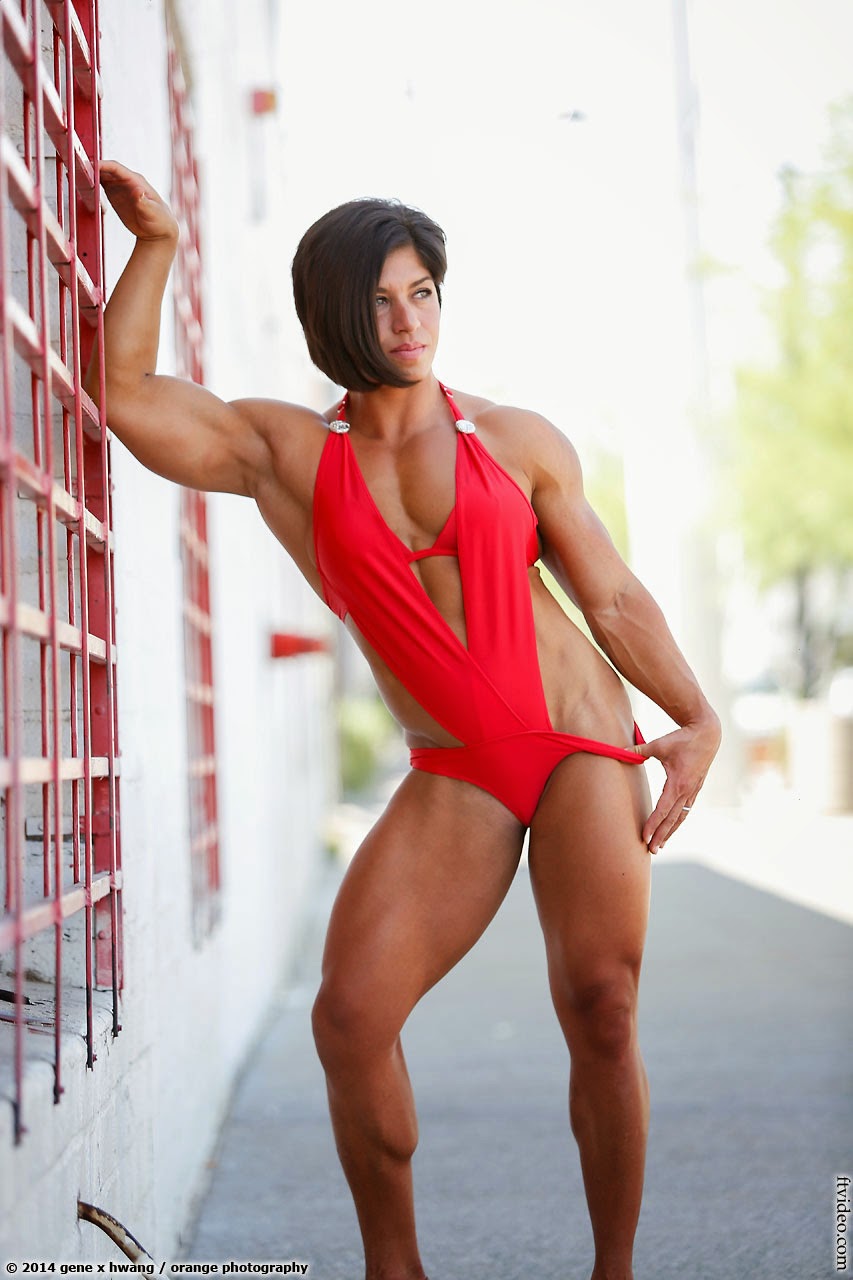 Outside of work and training (my greatest love) I enjoy travel, food, writing, mindless junk television, boating, the beach and being a coffee snob. I am married to an active duty Marine and we live a simple life – one of our favorite activities is to just sit on the porch before dawn or at dusk and talk and drink coffee (or cocktails when I'm not dieting) in our rocking chairs . Recently my English bulldog Mille passed away. She was a huge part of our lives and the gym mascot. 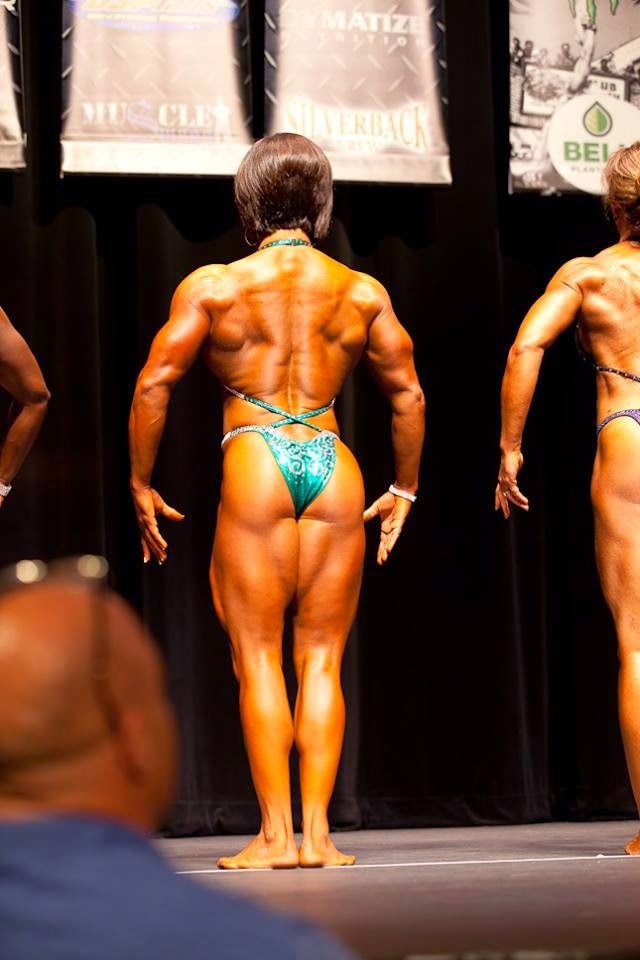 From a recent profile of me:


What is your first and last name?
Gillian Ward (formerly Gillian Mounsey)

What is your profession?

How did you get started into lifting weights and training?

I began gymnastics at the age of two and never stopped.

I became fascinated as a very young child with pushing my body to the limits and exploring the realm of physical possibility.

As a child my dream was to take flight which came in the form of tumbling and acrobatic skills.

I also had an interest in the teachings of the ancient Greek philosophers that believed in physical fitness and a strong body.

That concept always made sense to me:

No citizen has a right to be an amateur in the matter of physical training…what a disgrace it is for a man to grow old without ever seeing the beauty and strength of which his body is capable. – Socrates

Were you athletic growing up?

Extremely. I have competed in high level sports for over 30 years.

When not doing gymnastics I spent my childhood performing feats of strength and speed in the school yard, playground, beach, front lawn –pretty much anywhere that had a small amount of empty space or something to climb on or jump off of.


Do you enjoy being strong? Why?

I know nothing other than being strong but yes, I very much enjoy it. Being strong makes me feel capable and empowered. I also feel like it puts me in a position to help others if there is ever a time of need.

I’m laughing because it is a silly question that anyone that knows me would crack up about. I very, very much enjoy performing and competing. I often go out and people ask, “Do you compete?” The answer is yes, everyday at everything.
I’m not sure that my competitive nature is a character flaw or strength but I do know that it amuses the people close to me and I delight in that.

Why do you love lifting weights?

I love feeling strong and like a super hero. I love chasing performance goals and getting better at things. I love that it is a positive outlet for stress relief. I love that for that time in the gym that I have such focus that it is my personal meditation. I love that nobody can take it away from me.

Anything else we should know about you?

I could go on and on forever but I won’t. I’ll say only this- I don’t take myself too seriously and I do things as long as they bring me joy and do not harm the people close to me. If something stops being fun and rewarding, I move on. Some accuse me of being all over the place and not sticking to one thing. This is my journey and I don’t care what they think. 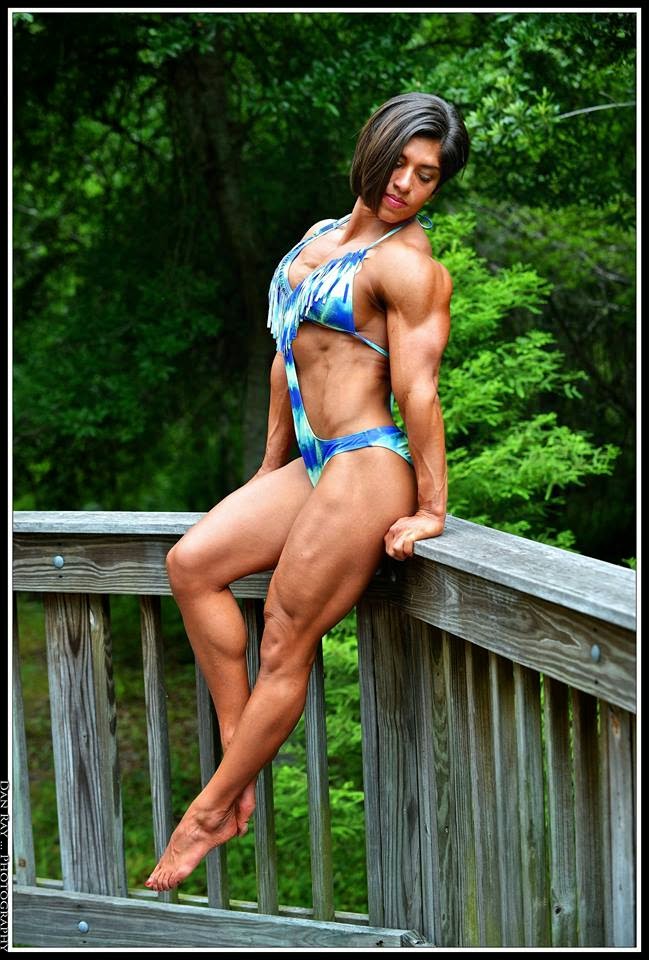 Here are a few links to recent newspaper and magazine articles that I was featured in:


More information about me can be found on my website at
http://www.gillianmounsey.com/


My youtube channel is:
GillianWard (training videos can be found here)