“You become what you think about all day long.”

“Man often becomes what he believes himself to be. If I keep on saying to myself that I cannot do a certain thing, it is possible that I may end by really becoming incapable of doing it. On the contrary, if I have the belief that I can do it, I shall surely acquire the capacity to do it even if I may not have it at the beginning.”

When I was kid, probably no more than five or six years old, I used to take this blue windbreaker that belonged to my dad, and button the top button only on it, so I could wear it like Superman's cape.

Yeah, I know that Superman had a red cape, but that's not the point.  Sometimes I would pretend to be Batman as well, so there's that.

Anyway, I used to wear this thing and run down the long wooden porch on the front of our house and jump off of it, pretending to fly.  I'd then run all over the yard, arms stretched out in front of me, and make believe I was on my way to stop some bad guys, put out building fires, and do whatever Superman or Batman does. 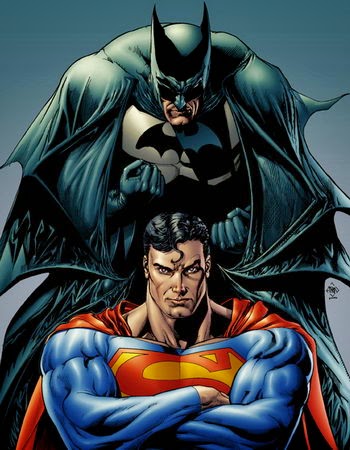 Those were some great times, for a myriad of reasons.

But mainly because for most of us, the world hadn't had a chance to sink its negative ideological hooks into us.  We were just kids.  We believed we could be anything we wanted to be.  That we could accomplish anything we put our mind to, and any other cliche that you find on internet memes now about believing in yourself.

That's why we did shit like jump off the top of houses, and jumped makeshift ramps on our bicycles. Because we didn't live with as much fear, trepidation, and doubt that we foster now through all of the failures we've had as adults.  That and because our body isn't quite as pliable as it was in those years.  If I jumped off a house now I think every bone and organ in my body would explode.  Still, I digress.

As we grow and mingle into social circles other people's beliefs, morals, thoughts, and ideas about the world, and how they see us, can and often do reshape how we see ourselves.  When I was fourteen and I left Mississippi for the first time, I had no idea that I had a southern accent.  I know, seems idiot and illogical to not know, but when you've never been outside of "what you know" getting exposed to "what you don't know" can be surprising.

So I was shocked to find out that a boy that grew up in Louisiana and Mississippi did indeed have a thick southern drawl.

Because of this revelation, I now knew that I sounded like some backwoods hillbilly.  Did it bother me?  Not in the slightest.  It's what I knew, and who I was.  And I was totally fine with it.

But through these experiences, and through negative connotations we often do end up transforming from that kid who jumps off the porch pretending to be Superman, and believes they can fly (cue R. Kelly song) to having our eyes opened to the fact that we are fat, ugly, skinny, poor, untalented, unathletic, dumb, and unaccepted.

And over time, these things weigh on us, and tear away that Superman that once existed.  His cape is put away, and in his place now resides something that is even less of a shell of who he was.  The world has "opened our eyes" to all of the short comings that were masked by our own blissful ignorance.  Whether they really exist or not is highly irrelevant.  They exist in our mind now because we believe that part of the world really sees us as flawed, and incapable.

And eventually, for many of us, that's how we being to see ourselves.

When I found lifting and grew into a bigger and stronger version of who I was, I was able to get some of that "Superman" back.  Batman too.

It was exhilarating to find something in my life that could literally change what I thought about myself.  I could create a new me.  Something better than what currently existed.  And best of all, it was totally within my control to do so.

Something that would insulate me from the insults and disparaging comments that robbed me of the belief that anything I wanted in my life was possible.  Maybe we can't accomplish ANYTHING we set our minds too.  I think that's a foolhardy belief in a lot of ways.  I mean, I don't see a midget breaking into the NBA anytime soon, and no matter how much said little person believes in himself, he won't be breaking Michael Jordan's records.

So in essence, no, we really can't accomplish ANYTHING we set our minds to.  But that's not what getting broken and torn down robs from us.  It robs us of the passion that exists prior to that, that gives us hope about who we are, and who we can become. What we truly can accomplish.  When we allow others to tear that away from us, what we lose is the part our ourselves that can surpass our own perceived limitations.

I have either accomplished or surpassed so many goals I never thought would come to fruition in my own training.  But the fact is, they could have happened even sooner, had I not let my own negative thoughts dictate my abilities.

People are often ruled because of perceived limitations.  Then once they find the ability to believe in surpassing them, it becomes easy.  Whether that be through their own accomplishments, or the accomplishments of others, something eventually clicks that the impossible, is indeed possible.

Through luck he ended up getting a deal on some heavier dumbbells.  All the way up to 180 pounds if I recall correctly.

You know what happened after that?

You can guess what dumbbells didn't get touched very much.  Not that a lot of people would do anything with 180 pound dumbbells anyway, except maybe some dogshit rows, but that's neither here nor there.  The point remains.  People were limited, or limited themselves by looking at the heaviest pair of dumbbells in the gym, and didn't believe they could use them.  Not until they saw that 150 pounders weren't the crest of the mountain.  It was when that shortsightedness was removed that mentally, they could move past the 140's.

For a long time, people believed that it was impossible for the 4 minute mile to be broken by a human.  People tried and tried and tried.  And it became "fact" that well, it just wasn't possible.

Is it possible that Landy goes on to accomplish this anyway?  Maybe.  Or maybe he needed to see it could be done in order to give him the belief that he too, could do this. 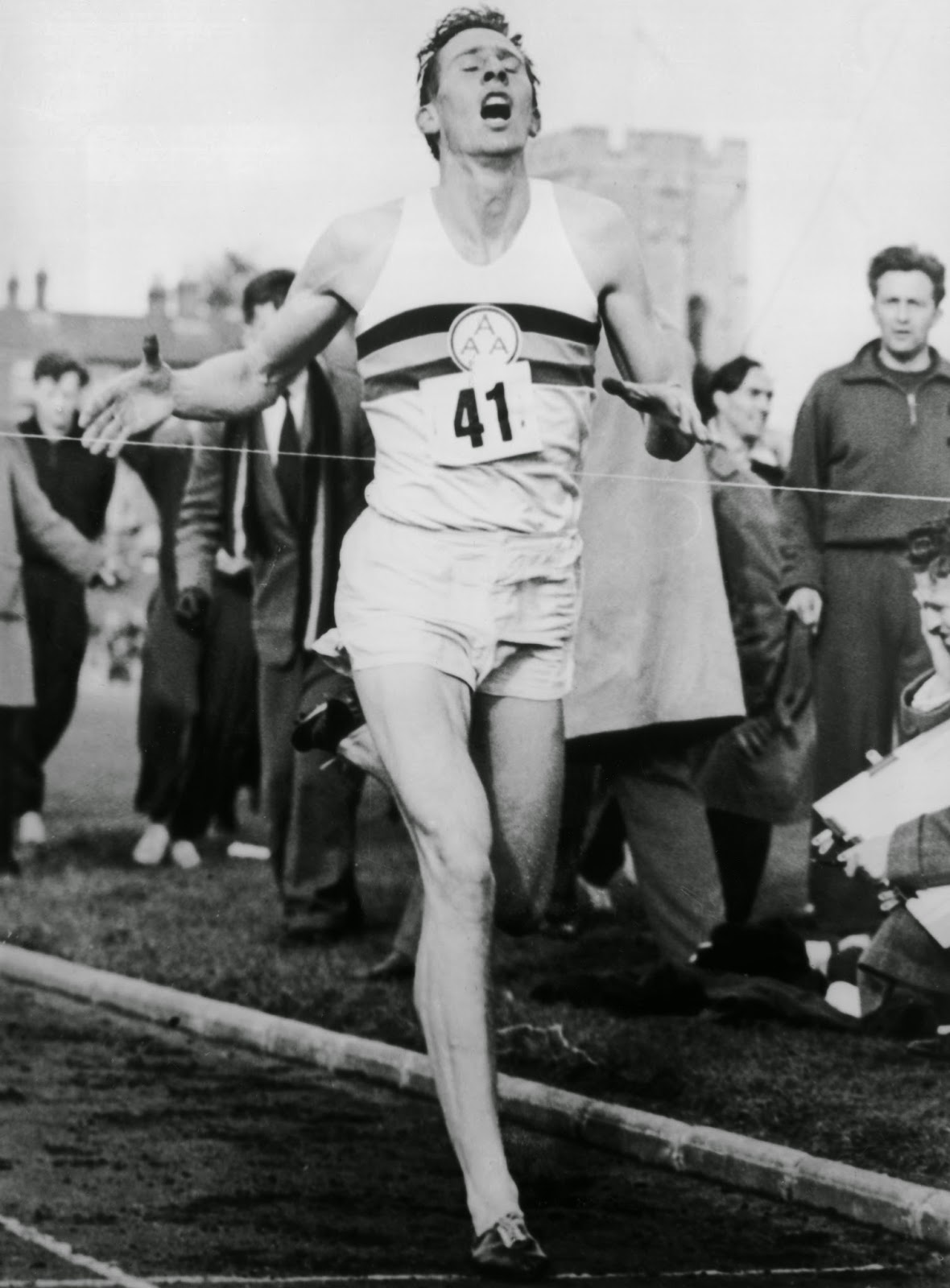 Since then, lots of people have gone on to run sub four-minute miles.  It's doable.  Achievable.  By everyone?  Of course not.  This is where the slogan/motto of "you can do anything you put your mind to" falls very short.  We all have genetic limitations whether anyone wants to openly admit that or not.  But how can we be sure of what they are, if we limit ourselves from the get go?

In essence, we kill our own personal Superman before he has a chance to even find out if he can fly.

The method we use to kill him happens through our own failures, that leave a nasty imprint about who we think we are, or he gets killed because we invest too heavily in what others think we are incapable of.

The journey to finding a central and positive source of self belief will be filled with dodging negative bullets.  Fired by yourself, and by others.  It may take dodging 1,001 bullets before you arrive at a place where you can find the ability to believe that you're bigger, stronger, faster, wiser, smarter, and worthy of more than you think you are, or what people told you you are.

Wiping away that source of doubt and disbelief is hard.  Especially if you let that belief truly become part of who you think you are.  If that's the identity you cling to it can be hard to eradicate that belief from your existence.

Maybe you can't become an IFBB pro, or an NFL player, or run a sub 4-minute mile.  But you will never accomplish that if the roadblock is within your own mind.  At some point, that has to be removed, and Superman's cape has to be put back on.

Unless you're a midget trying to play in the NBA.  Then....try something else.

Get Basebuilding on Amazon - http://www.amazon.com/Base-Building-Paul-Carter-ebook/dp/B00H18K0LI
Posted by Paul Carter at 10:05 AM