As Gillian noted in her article, for any serious athlete there really is no "offseason".  Offseason is basically defined as a time when you are training to get better for competition preparation.  So essentially, offseason is still preparation for preparing.

If that makes sense.

In my opinion, here are some of the things to do, and not to do in the offseason to set yourself up for better performance.

Regardless of what anyone tells you, at the end of the day, it's the muscles that move the weight.  A larger muscle has more capacity for strength than a smaller one, all things being equal.  Yes, lifting more weight is also about neural efficiency, which is why certain smaller guys are stronger than some bigger guys, but both will ultimately need to grow larger once a strength ceiling is hit. 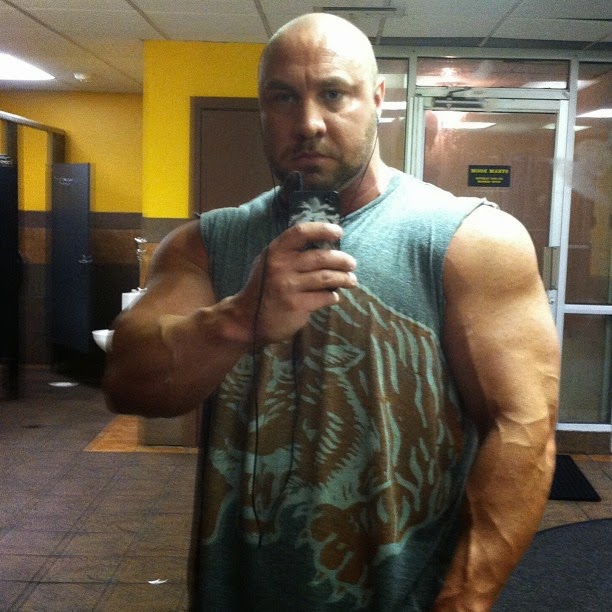 This means spending time actually training outside of the strength rep range of 1-3 reps, and focusing more on sets of 5, 8, 10+ reps.

This used to be an argument, and some can say it still is.  That overload and progression are really the central factors in growing more mass, but if we're talking about being efficient in your training, there is a caveat.

Not that a study was needed to prove this, but it was done.

I've linked this study before, and it has pissed me off to no end that some people have used it to validate that lower reps are superior, or at least equal, to higher reps for building hypertrophy.  Not only that, there was a significant strength gain in the group that did the 7x3 protocol.

Take notice of the notes....

What was missed by all of these people was a huge factor in the study.

It took the powerlifting group 70 minutes to complete those sessions.  Not only that, they were TOAST after.  While the "bodybuilding" group (3x10) finished in about 17 minutes, and wanted to do more.

From an efficiency standpoint, it should be OBVIOUS that doing 3 sets of 10 is far superior than using low reps with much more volume.  Not only that, who goes into the gym and just does 3 sets of 10?  Most of the time people who are serious are in the gym for an hour, to an hour and a half.

I hope this ends the ridiculous discussion on that.

This last offseason, I knew that my quads were a problem.  And by problem I mean, they were too small, and too weak.  I had multiple injuries in meets in either my quad or adductor.  Part of this was technique, but a big part was, my quads just weren't strong enough and I had a severe muscular imbalance between them and my adductors.

I devised a plan of front squats, high bar squats, and hack squats to fix this.  I knew my quads were a weakness when I decided to do my first day of hack squats and 315 was heavy as shit, and I strained my VMO doing it.

I wasn't discouraged by this.  If anything, I knew I was on the right track from this testing.

A year after working on this I hit a PR with at least 30 pounds to spare on my third attempt.  Spending time fixing my muscular weakness and technique was required to do this.  And that's why I chose the movements I did, rather than just squatting more. 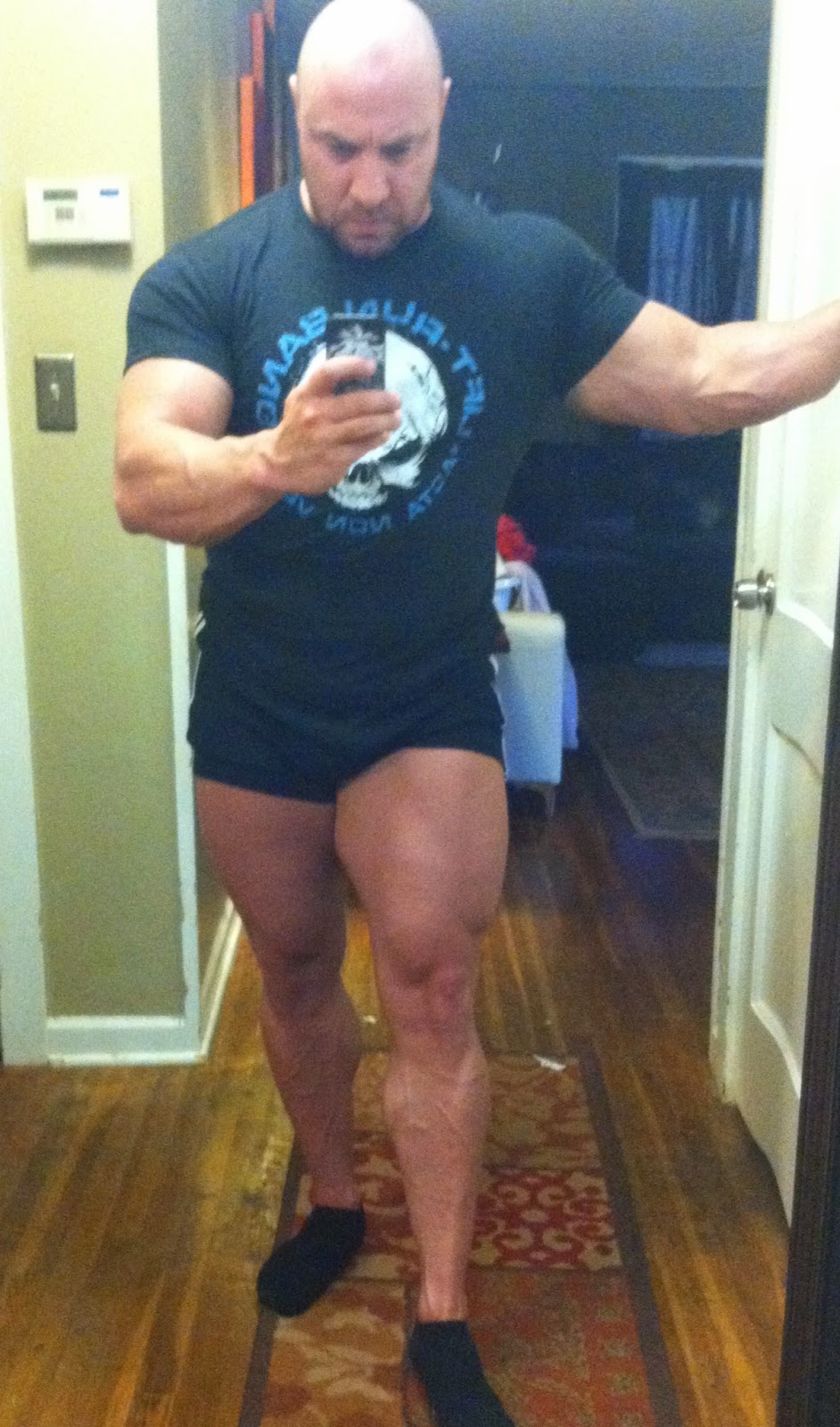 If you have a flaw in your technique in regards to your own personal leverages, then you could be pushing, pulling, or squatting a significant amount of weight less than you are muscularly capable of.  So while the muscles may do the work, if the joints aren't in the proper angle to the bar, then their maximal strength ability will be held back by poor leveraging.

This requires for you to either work with a coach, or have enough knowledge that you understand what needs fixing.  For my squat, I needed to push out harder with my knees that I had been previously doing, in order to distribute the load more evenly across my lower body.

It's important to evaluate where you are weak muscularly so that you can pick movements that will bring up the lifts.

Generally speaking, on a per muscle group basis, this is what I recommend in order to do that -

Have some proper planned out phases/cycles -

When I was with Dmitry Klokov in Canada, he told me that when he was training for the Olympics that they had a whole year of training planned out to prepare for competition.

Let that sink in for a bit.

A whole year of training mapped out so there was nothing left to doubt.

Yet I see so many guys now winging it from day to day, week to week, month to month.  No plan.  Just screaming "GO HOME OR GO HOME!"

Can you imagine an Olympic coach at that level just walking in each day without a plan?

"Ehhh, let's just do some snatches and cleans.  Load the bar!  GO HEAVY OR GO HOME!"

In my mind, this seems silly and rather sophomoric.

At Dmitry's level, they are chasing that 1% of improvement.  The smallest of fractions in order to get an advantage.  It's very likely that you don't need to be that precise.  Novice and intermediate trainers can get away with a more erroneous process and still improve more often than not.

So I'm not saying you have to be THAT precise about your training, but no one ever got worse from having a solid and well thought out plan.  And if anything it behooves you to have some kind of plan in place.

Here is a hypothetical year for a powerlifter that will only compete one time.

Shoot for 1 rep maxes in the offseason  -

I see this all the time through some sort of social media.  I have no idea why guys are trying to hit PR's on a consistent basis in the offseason in regards to a 1 rep max.  What purpose does it serve other than more youtube likes?  It increases the risk of injury, doesn't build strength, doesn't build muscle.  The only purpose it can serve is as a gauge as to where you are at in terms of demonstrating strength.  Seeing as how you shouldn't be basing cycles around a true 1 rep max, I'm not sure why the need for it.

So I'm not saying you can NEVER test, but there's no reason why you can't test a triple, set of 5, or set of 8.  There isn't a single person out there that got stronger on a set of 5-8 who got weaker on a one rep max.  If there is, they are an anomaly and should be discarded.

You can also test speed or RPE (rate of perceived exertion) for particular intensities to gauge where you are at.

One of the components of base building was the inclusion of "fatigue singles".  This meant to take a stab at your programmed EDM (everyday max) after you had finished all of your volume work.  If you can move your EDM with a lower RPE than you had been previously, then obviously you got stronger.  Especially if you did it in a fatigued state.

So if you feel the need to test a 1 rep max, I advise doing so in the above manner.  From there, if you feel the EDM was easy enough, you can adjust it upwards.  To me, this seems like a smart way to program and to understand progress without actually performing true 1 rep maxes.

There used to be a mantra in powerlifting of "get your weight up!"

It was mostly espoused by a bunch of guys that were already well over 300 pounds and well north of 20% bodyfat.

I'm not sure if I buy into the "better leverages".  It can, at a point, help with a lift like squats where you can sit on your belly at the bottom (sounds awful doesn't it?).  A fatter torso will disperse the load of the bench press across more of a surface area.  But if you look at the ROM comparison in the before vs after bulk, I really don't think it's great enough to say leverages improved that much.

On the flip side, gaining excess fat can hinder the deadlift.

There is a reason why you see a lot of fat guys with big benches and squats with poor pulls (relative to their squat and bench).  A big gut tends to get in the way of deadlifting, and can put you in a position to where the pull is longer than it'd have to be if you weren't so fat.    So if simply adding bodyweight were the key then you'd see the deadlift improve just as dramatically as the bench and squat.  But often it does not.

I think it's important to gain weight in the offseason, but it should be quality weight, over quantity.  This does mean some fat will come with new muscle gain more than likely, but it should be minimized.  Second, if you're already fat, you probably should work on improving your body composition by taking some of that off until you're in a healthy bodyfat range.  There are just too many lean and jacked lifters now lifting big weights to show that getting sloppy isn't a requirement to be strong.


Beat yourself to shit -

If you feel good, you lift good.

If you start meet prep and you feel beat to shit, you did something wrong.  The offseason should be a time where you shore up weaknesses and improve your ability to perform on the platform.  Part of performing better is feeling better.  If your joints ache or old injuries are still around, then you did a poor job of addressing these things in that time.

The motto of "stimulate, don't annihilate" apply here.  Your training should be hard enough to meet the goals you set, but not so demanding that overuse or overtraining set in.

A great way to offset this is to make sure you use a variety of movements so that the joints aren't moved through the exact same plane over and over for too long, and so that the fatigue vs adaption curve doesn't get out of whack.  Read below....

The offseason is a great time to set yourself up for a better performance the next time you hit the platform.

Make sure you use that time wisely so that a bigger, stronger, and healthier lifter is developed during this period.

Get Basebuilding on Amazon - http://www.amazon.com/Base-Building-Paul-Carter-ebook/dp/B00H18K0LI