Got to spend the day with Super D. As he mentioned, we went and trained at Gold's and of course, we get to witness the shit you only hear about in mockery.

Three guys with legs that looked like they had battled and barely won a fight with Polio were doing leg presses. With virtually every plate in the gym.

They were each spotting each other, and Donnie and I watched in amazement as each one of them lowered the weight about the length of a mosquitoes penis. 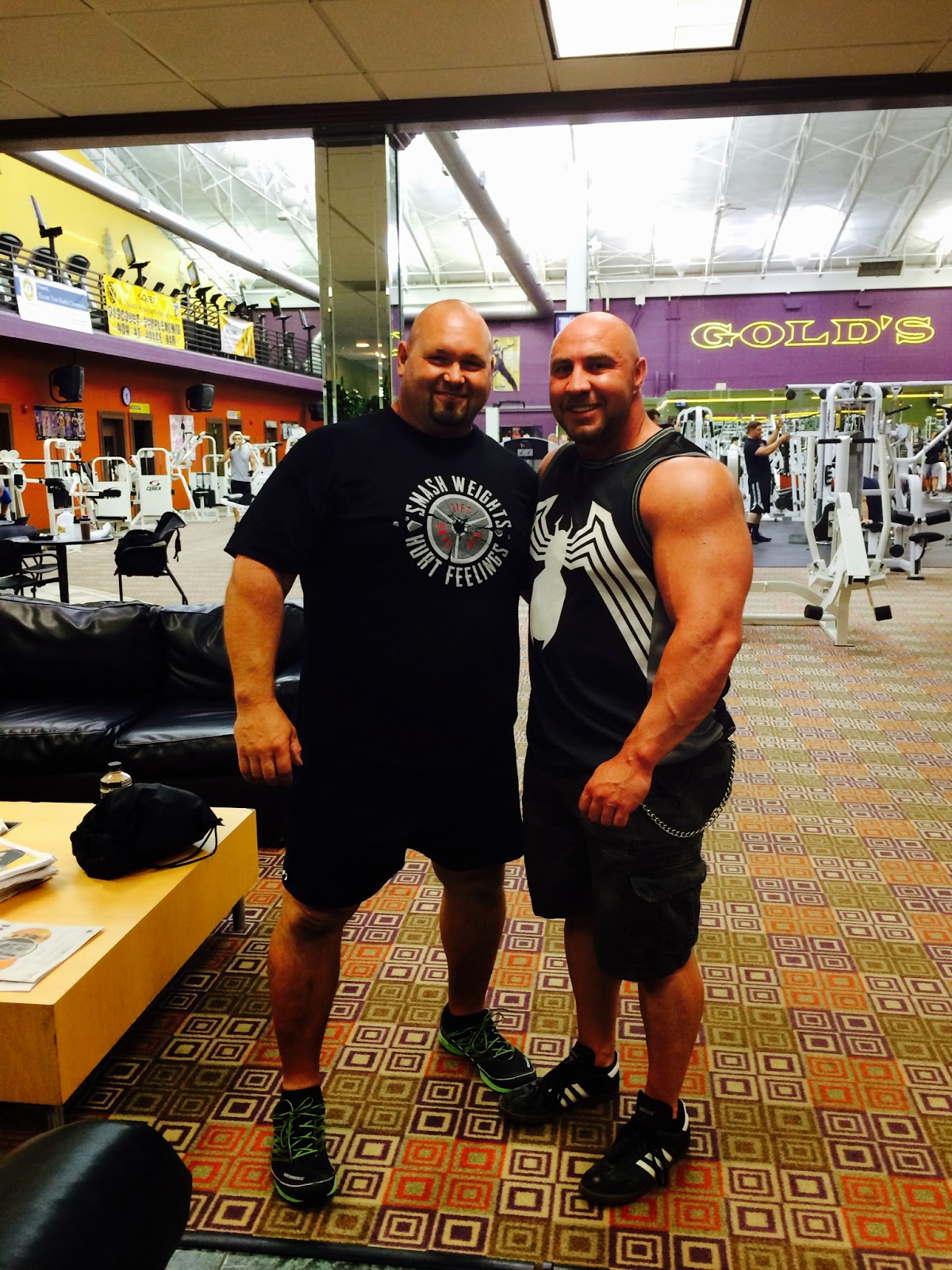 Unfortunately, because they were spotting each other, one of the turds got buried on the second rep and the other two polio victims managed, somehow, to get it off of him.

I told Donnie "I bet you money not a single one of them could do a single rep with 405 on squats, to depth."

Luckily for us, they squatted next. And proceeded to squat higher than an Eagle's nuts with 275 and 315 for a few reps.

It's the kind of thing you hear about but don't often see. Strange that I've been at that gym for sometime now and haven't seen such shenanigans. Then Donnie comes with me and that shit is going on.

Oh well. We had a great session and Donnie was thrilled to be able to use some of the old "Flex" equipment.

It was awesome to be able to spend the day with Super D and now he owes me the favor back at his pad.
Posted by Paul Carter at 7:50 AM