Why success evades some and finds others

In our youth many of us aspire to greatness in a sport or athletic endeavor we find a passion about.  We practice and compete and do all the things related to that sport for many years on end, in hopes of "making it big".  For the great majority of us, unfortunately, we never make it to that next level of competition.  There is a myriad of reasons for that.  Some of which are outside of our control, and some of which are not.

What eventually separates the "haves" from the "has beens" and the good from the great are an extensive list, and there is rarely a single factor you can narrow it down to.  There is usually a combination of factors that keeps an athlete from reaching the pinnacle in his chosen sport.

Genetics - Regardless of what people tell you, genetics are the biggest equalizer in regards to champions.  This isn't a "poor mouth" speech either.  Some people are simply not born with the required genetics to excel in certain areas.  To my knowledge, no dwarf has ever dunked a basketball, much less played in the NBA.  In the history of track and field, only one Caucasian male has ever run the 100 meter in under 10 seconds.  That was Christopher Lemaitre, back in 2010.  And he barely did it, at 9.98.  Regardless of work ethic, drug use, or knowledge, genetics will be the biggest determining factor in how far you can go in athletics.

I'm not saying you should use genetics as an excuse not to become the very best you can be.  Far from it.  The fact is, lots of guys hang in there long enough to see their hard work pay off in the way of success, while some guys squander away elite level genetics because they don't have the "choice" factors to become champions.  However at the end of the day, the guy with great genetics for his given sport is going to have a huge advantage over the guy that got the short end of the "Twins" stick.


Intelligence and instincts - One of my favorite NFL players from back in the day was middle linebacker for the Miami Dolphins, Zach Thomas.  Zach had none of the measurables that you would look for in a middle linebacker.  He was probably 5'10" with his cleats on, and weighed all of 220-230 pounds.  His 40 time wasn't some blistering 4.3 or 4.4 and he wasn't benching 450 either.  What Zach did have was an incredible amount of game intelligence and awareness that was almost unmatched (Ray Lewis was probably on par with him in that area, and Ray was "pretty good").  When the ball was snapped Zach's first step to the ball or in coverage was amazing.  His instincts and awareness as to where he needed to be was uncanny, and a big reason why he amassed more tackles than any other linebacker currently in the hall of fame (an unofficial stat) and made the pro bowl 7 times and the all-pro list 5 times.

One thing I've often believed is that most "greats" have an awareness  an instincts about certain things that the non-greats do not.  Even in training, I have often felt that a lot of greats find their way very early due to instincts.  They instinctively understand what works and what does not work for them very quickly.  For a lot of guys, it takes longer because of trial and error.  Some of us have to "try shit out" and determine over time if it has merit or not.  Finding your way early is a huge advantage in reaching elite status.  On top of that, some athletes are simply more intelligent than others.  They grasp, process, and retain information better than others and can apply it in a more efficient manner to their sport or activity.  Now to be clear, instincts and intelligence aren't the same.  Knowing that you should do something doesn't always mean you know WHY you are doing something.  There may be an overlapping between these two factors but there is definitely a degree of separation.  When an athlete has a high degree of both, it gives him a huge advantage over the athlete that does not.

Injuries - Many a athletes career is cut short due to injury.  The body only has so many big hits it can absorb.  It only has so many big squats or bench presses in it before something "goes" and either ends or severely inhibits that athlete's ability to perform at a high level.  The joints only have so many "repetitions" in them before wear and tear becomes a limiting factor. 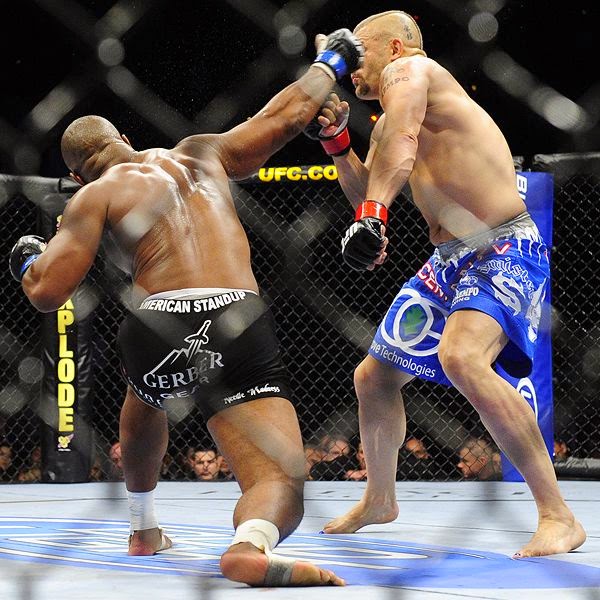 In MMA it has always appeared to me that once a guy receives a "lights out" type of shot, then he tends to get "lights out" more often after that.  Chuck Liddell had 23 professional fights before Quinton Jackson knocked him out cold.  Chuck had never been knocked out cold like that in those previous 23 fights.  After that fight he got his lights turned off several more times before he finally retired.

Longevity is such a huge part of what generally makes someone great.  There are too many factors to say why some people can and can't survive the rigors of training and sports for a long time.  Some guys are just flat out unlucky.  And some guys can just withstand a beating longer than others.  Regardless of those things, being able to perform at a high level for a long period is an incredibly difficult thing to do.  At some point, we all decline.  It's the rate which that decline happens that plays such a huge role in greatness.

Work ethic/Effort/Passion - I knew of a guy that was a division I football player and an NFL prospect.  He played defensive tackle for one of the best programs in the nation at the time.  He was slated by most experts and scouts to be a 4th or 5th round pick.  He ended up going undrafted and played with a buddy of mine in a semi-pro league down in west Texas.  My friend told me there were games where he was literally unblockable.  That he would throw two guys aside like rag dolls and take over entire games.  He also told me that he had games where he'd get his ass handed to him like some pop warner scrub that had wandered onto the wrong playing field.  The reason?  He was lazy.  A consistent effort was lacking, to say the least.  Which was also the reason why he ultimately wasn't drafted.  Scouts questioned his work ethic.

In college, lots of guys can get by on athletic ability alone.  At the amateur level, if you are incredibly gifted, you can get away with lots of things because you're just so much better than everyone else genetically.

Once you guys get to the pros, EVERYONE is as athletic and gifted, if not more so.  If a substantial work ethic is never cultivated then the ability to excel at the next level will be greatly prohibited.  For those that do not cultivate such a work ethic, they generally fall into that spectrum of guys that washed out after just a few years.


Perseverance - Even the most physically gifted of athletes are going to find plateaus and roadblocks on their journey.  Just because someone is gifted or great at something physically, doesn't always mean they are gifted in the mental aspect of perseverance.  How people decide to respond to adversity is a huge factor in attaining greatness.  For people who find success early and often, it can actually be a far bigger blow to those who have to scratch and claw for everything they get.

Can you imagine being the star running back from pop warner, to junior high, to high school, then to a huge division I college where you dominate, only to be relegated to kick off teams and sit behind two guys in the pros?  For some guys this can be far too crushing to take, and it changes their attitude and behavior in a way that is detrimental to continued success.  Handling adversity properly is a huge advantage in finding ultimate success.  You can allow adversity to make you better, or bitter.  If the latter manifests itself in the athletes behavior, then it's possible a downfall will come shortly after.

Even for the guys with great work ethics, they too will encounter plateaus and roadblocks.  The ability to dig deep and never quit has to shine during these times, or it's possible discouragement may set in.  If that becomes bigger than the desire to succeed, then the athlete can find himself feeling as if his efforts are now in vain, and his efforts and passion may wane.

External factors/Life Choices - The prison system and life in general is filled with people who "coulda been" great, or potentially great, but made life choices that altered that path to greatness.  It's hard to display physical greatness when you're doing a life sentence, or lost your scholarship because of domestic violence or got busted for selling drugs, or pissed hot.  Hardships can also play a huge rule.  Lots of people leave their athletic dreams behind because they need to go home to take care of sick relatives or find other similar hard times upon them.  Some people also end up with too many extenuating circumstances to continue chasing their dream.  Kids are born, families are raised, and priorities are changed.  After 9/11 Pat Tillman made the decision to leave playing in the NFL to serve his country.  Some people don't realize their greatness in athletics, strength, or physique development because life alters their path via the choices they make about it.

There is no right or wrong in this one.  It's what we make of what life presents us with.  It's simply all about the choices we make, and the consequences or ramifications of those choices.

There is a reason why certain world records stand for decades on end.  It's generally because the athlete that set those records had a combination of all the rights, and usually none or very few of the wrongs.  There's a reason there's only one Usain Bolt, one Muhammad Ali, one Jerry Rice.  Those people tend to have a supreme percentage of all the "rights" that make up champions, and very little, if any, of the wrongs that take away from becoming one.

Some people experience greatness for a long time, and some only have a fleeting moment of it.  Fortunately, many of the things that it takes to become a champion are within your own power.  Unfortunately, many things are not.  This shouldn't dissuade you from pursuing greatness.  After all there is also something known as personal greatness as well.  If you empty yourself out into something, and know that you poured everything you had into fulfilling your potential in every way, then what you are left with is the greatest version of yourself that you could have ever imagined.  That is what we should all aspire to achieve in both life, and athletics.

Like LRB on Facebook - https://www.facebook.com/LiftRunBang
Get Base Building at Amazon.com -  http://www.amazon.com/Base-Building-Paul-Carter-ebook/dp/B00H18K0LI
Posted by Paul Carter at 12:24 PM