It doesn't get any better than this...maybe

It's hard to believe they used that saying for Old Milwaukee beer.

A couple of buddies out in the mountains fishing, drinking some Old Milwaukee and one would turn to the other and say "It doesn't get any better than this."

Then the narrator would talk about how it could get better than this and the Swedish bikini team would show up and cook some steaks. Extra Old Milwaukee would fall from the sky like manna from the Gods and so forth and so on.

I guess fishing with some dudes in the mountains while hot chics cook steak for you as you drink a goat urine flavored beer is fairly high on the "doesn't get any better than this" scale. Are you freakin kidding me? This is top shelf life?

Personally, I would put being in the Caribbean for a week, drinking mojitos on the beach while staying in a nice villa surrounded by...

I'll stop there before I get myself in trouble.

Anyway, I was supposed to write about training.

Where was I? Oh yeah!

Sometimes, in your training, it also doesn't get any better than this.

This is generally a hard concept for some people to grasp onto. If training 3 times a week is giving me this amount of results, then surely training 6 times a week will give me twice that amount!

So sometimes you can be doing everything exactly right, and nothing is happening.............yet. And waiting on that "yet" can be highly frustrating.

Or, sometimes you are doing everything right and you're setting lifting PR's and you are gaining/losing weight at the perfect pace and you're making progress like never before.........and you sabotage it all by changing it up because you are greedy. Then you wonder why you stopped making progress and spend the next few months trying to get that momentum back.

For the person waiting on the "yet", this can be far more difficult because as humans we desire feedback of some sort to help guide our direction. This is fairly straight forward.

Dude talking to an attractive woman: "Wow. You're a hot one. How'd you like to play bronco buster on my saddle tonight?"

Dude then takes 5 junk shots in rapid fire fashion from the attractive woman. Dude (hopefully) realizes this tactic is not good for him or his junk. Dude ceases trying to get women with the bronco buster approach.

The feedback the dude received here was a negative one (well, unless his fetish is taking junk shots, then he's really found his niche!). So his behavior will change. 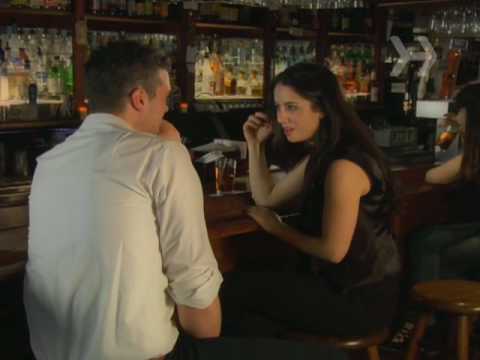 You know which one I'm talking about. You work up the courage to talk to her, things go ok but she seems a little lukewarm. You get antsy at how slow the conversation is moving and decide to go for the gusto.

"Would you like to go out for dinner sometime?"

Now you're standing there with no transitional phase and an awkward silence ensues. Uh oh!

This is not unlike training a lot of times. You work up the courage to make the changes you need to make, you go all out in the gym and are strict with your diet. Then, whatever measuring stick you use for progress is tested and it tells you..............

"What?" you say. "Maybe? That's not an answer!" you cry, with a white knuckled fist and clinched jaw.

Ok so maybe you just say "Hmmmm." and walk away. Either way, you feel stumped by the outcome.

By the way, I wouldn't recommend using either of those reactions as a comeback to the "maybe" in the dinner situation above.

One thing you need to remind yourself of is that maybe YOUR measuring stick isn't what the body is using as a measuring stick, or not in the time frame you are expecting. If you have been slaving inside the squat rack for weeks and weeks and then finally work up the courage to try a new PR and just miss it, maybe you have done everything right up to that point training wise, but not recovery wise. "Maybe" all you needed to do was rest a week, then try it. There are a lot of factors in training that play a part in progress. And even when they are all dialed in, it still may not move like you want it to.

This doesn't mean what you are doing is wrong. Look at your plan, look at your food log, look at your training log. If your diet is dialed in and your cardio is right on but you are relying on the scale and ignoring the fact that your clothes are bigger and you have lost inches, you could be using the wrong source of feedback.

For the person who is making progress but is thinking about changing things, stop being greedy. If gains are coming in, even just trickling in, you take that. The fact is, sometimes you are in a perfect situation and what you are milking out of training is all your body is going to give you right now. Adding more or making big changes may cut off even the trickle of results you are seeing.

Try to look at the big picture. For someone who will train until they are dead, like myself, having an off year isn't a huge deal. Generally it also means I learned a lot in the way of mistakes and will do my best to avoid those in the future. Make positive changes for your training LIFE. So that way you don't base everything around short term failure or success. A "failure" should teach you something. So failure in a lot of ways is just as important as succeeding (yes this sounds like something I'd hear from "Deep Thoughts by Jack Handy").

Proper assessment of your training, diet, and recovery will let you look at your results and say "it doesn't get any better than this."