Why does conventional marriage and dating fail so much in this country?  We have what, a 50% divorce rate?  Yet arranged marriages have something like a 90% success rate, and we find THAT shit strange?  We're F'd up aren't we?

Sticking to a diet that lets you eat a lot of fruit is easy.  It takes away all the cravings for bad carbs.  I swear it works, I've just never overloaded my diet with fruit before like this.  If you haven't, replace as much as your grains with fruit and see if you don't feel tons better and crave bad food less.  It works.

I think I may be on the verge of working out my greatest lifting template ever.  I've been messing with it for a few weeks now, training some clients on it, and it's freakin awesome.  I have a template for beginner, intermediate, and advanced lifters.  I'll put it up as soon as my arm heals and I can really go through it properly, but I'm already kind of using it.

Joke of the week - A pirate walks into a bar with a steering wheel on his crotch.  Bartender says "what's with the steering wheel"?  Pirate says "Arrrg.  It's drivin me nuts.........."

The media is going batshit crazy again over this ill/sick football team thing.  I have only caught bits and pieces but I knew it wouldn't be long before they would start blaming a supplement or some kind of PED.  For the life of me I can't figure out why the media has such a hard on against supplements and PEDs.  Supplements are here to stay, and so are PEDs.  Rather than fight it what the FDA and congress should do is get on the bandwagon to make sure supplements are top notch quality and that PEDs can be regulated to athletes in a way that helps them recover better.  We ask our baseball players to play 160+ games a year, our football players to play 16 games plus pre-season and training camp.  We expect them to be on the field and yet we take away the things that can make their life easier and sustain health longer.  It's ridiculous.

Obama - 1 and done.  Maybe the media and voters won't ever elect a guy based on the fact that he can give a good speech and fear of gas prices.  I don't care if a guy stutters and drools during his speeches if he's got the brains for the job.  This country needs to elect someone that can get us moving back in the right direction in 2012.  The job loss rate is astounding right now.  Funny enough I have read that during an economic depression that strip clubs make more money.  I guess boobs always make everything better.

Three flat tires in a month.  Something tells me I pissed someone off.

If you haven't made progress in a year, change something for the love of God.  Sometimes you have to break out of your comfort zone and do shit you don't like to do.  In fact, picking all the exercises you REALLY suck at and getting better at those isn't a bad idea.  So long as they aren't exercises like zercher squats and high pulls.  I think those are two of the most worthless exercises ever.  That's just me though.

So it looks like the whole "don't eat carbs and fat together" mantra is starting to get trashed.  I'm seeing more and more guys advocating that exact thing.  Where you eat your fats first then ingest the carbs.  The fat slows the absorption rate of the carbs thus lowering the GI rating.  This actually makes sense to me, and I've always hated super low carb diets when I've done them.  I'd rather eat more carbs and have to work harder on conditioning and in the weight room, than feel hungry and tired as hell all the time.  Screw that.  It's like doing cardio in the morning.  Why?  It's awful.  It's still about calories in vs out, so just do cardio when you feel best about doing it.  For me that's in the afternoon, generally after lifting.

I am now cemented in the belief that 90+% of low back pain in lifters is piriformis related.  Stretch that muscle as often as you can.

A new Conan is coming out in 2011.  Everyone was pretty upset with the Jason Momoa pick but I've seen pics of the filming and he really looks the part.  The truth is Conan wouldn't have looked like Arnold.  He would have been closer to something that Momoa is.  And facial wise Momoa actually looks closer to the artist work done of Conan.

If you're trying to lose fat, eating too little can be just as bad as cheating too often or not eating enough.  I have a client that has a problem eating everything I lay out.  If she has a week where she eats exactly what I say, it never fails that she will drop a couple of pounds.  If she skips meals or doesn't eat what I tell her she will stay stagnant or even gain weight sometimes.  This shit can be tricky but I think it's better to get your calorie deficit through lifting and conditioning than lowering calories to a point where you feel like shit most of the time.

I'm still working on the strength endurance article.  Keep your panties on.

Speaking of panties, what's better boy shorts or thong?  I mean on your lady not on you.........NTTAWWT /Seinfeld 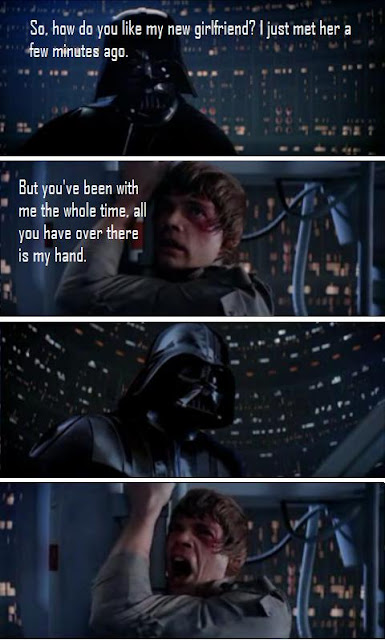