Why does Superman need an alter ego?  Seriously.  Ever think about it?  If anything, the disguise puts his adopted mom in more danger because Clark Kent is the only connection to her.  He should have just showed up as Superman one day and that's it.  And how come no one can see Clark Kent is Superman?  Glass?  That's it???  So if you show up for work Monday, and have a pair of glasses on, no one will know who you are?  Retardedly stupid.

I'm going back to squatting one week and pulling the next.  I'm not sure if I will squat light on heavy deadlift day, and pull light on heavy squat day, but it's possible.  Either way, I think lifting twice a week with two to three days of solid conditioning is a great overall plan no matter what you are doing unless you are entering a bodybuilding contest.

I have the litmus test for what drugs should be illegal and legal.  It's real simple.

1.  If they cause physical damage even in small doses, or are lethal (like rat poison should never be a med, but if it were it would be illegal, just for example), then they are illegal.

2.  If you are a straight male, and you one day find yourself with another man's penis in your mouth to gain money to purchase said drug, that drug should be illegal.

I watched Kick-Ass a few weeks ago.  Loved it.  Was really surprised how awesome it was.  I thought it was going to be something like an even dumber version of Mystery Men.  But Hit-Girl made the whole movie for me.  Heard they are making a Part II.  Hope they don't ruin it.

Some people you think are cool, are douchier than you think.  I asked someone I thought was somewhat of a friend this week if he'd call me.  I have been dealing with some personal issues and he's gone through them himself.  Rather than call me back, he blew me off and big timed me.  All I can say is, that shit comes back around to you.  I have a lot of guys ask me similar questions or ask the same questions over and over again and I've never big timed anyone.  I know what it's like to be clueless on the other end, or feel the need to know as much as possible.

I had some guys call me a zealot because I think raw should be no belt/no wraps.  Welllll, what is raw then?  Let me ask you a question.  How long do you have to train for 50 pounds on your squat?  Even a new guy will train for months to add that.  Yet 50 pounds from wraps is considered no big deal by a lot of "raw" guys. Most guys get something from belt and/or belt and wraps.  So if you are getting something from it, are you actually raw?  I generally don't fight this battle or talk about this anymore because I don't care that much, however my personal opinion is that raw should mean you in your singlet.  No belt and no wraps.  Only you against the bar.  This bullshit about how wraps help your achy knees is just that.  My elbows are wrecked.  However I don't bitch and moan that I should be able to wear my elbow wraps because they allow me to bench pain free (for the most part) do I?  And would these same people be ok with allowing elbow wraps since we're talking apples to apples?  I just think raw needs to be raw, and that should be the standard.  I also think you should squat all the fucking way down too but I see some of these same guys cutting their squats above parallel too and it gets passed.  Maybe I'm just cranky this morning? 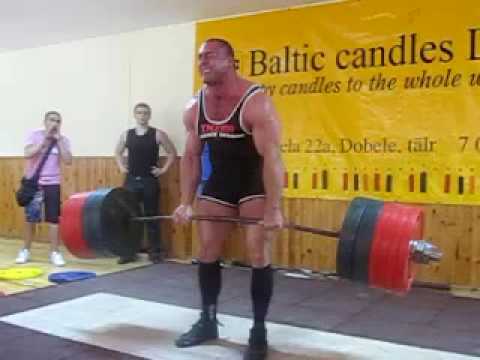 Apparently, this guy is a zealot too.

UFC is really loaded now.  Every month the PPV seems to have a solid main event now.  They are getting a lot of money from me.  I can't see how boxers are still getting 20 million dollar paydays when they spend most of their career fighting tomato cans and fight for 15 rounds.  If you can go for 15 rounds you aren't expending a lot of energy.  You just aren't.  Not in comparison to MMA anyway.  So to sum it up, boxing sucks.  There. What was I talking about again?

Push your reps or into your 90% range sparingly.  Every three weeks or so.  Then you don't need a deload.  Keep the weights fast then push hard on the days your body feels good.  If you don't think this will tell you a lot about how working above 90% impedes recovery, do it for a while.  Then monitor how you feel on the days after you push above 90%.  Then think about how working in that range on a constant basis is hard to recover from.  You should always FEEL strong.  If you are constantly trying to recover from that last workout, you won't.  Feel strong and fast at all times.  This means recovery should always be maximized when training for strength.  When training for hypertrophy, food should be maximized while staying in a medium/heavy zone.
Posted by Paul Carter at 7:13 AM