Thoughts about life, crap, training, and stuff - Earn this edition

I think everyone has seen Saving Private Ryan.

The most poignant scene in the movie for me, is at the end, where Captain Miller tells Ryan..."earn this."

Ryan, as an elderly man, eventually visits the grave of Captain Miller, and says..... 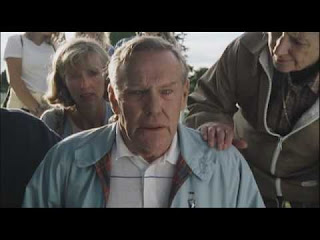 "Everyday I think about what you said to me that day on the bridge; I've tried to live my life the best that I could. I hope that that was enough. I hope, that at least in your eyes, I earned what [you] have done for me."

Ryan's insinuation there, is that he lived his life, trying to earn what everyone else had given up to save him.

I haven't followed football as much the last few years as I did in the past.  I only caught the second half of the super bowl for the most part.  However, even as little of attention I have paid, I have seen two stories that pretty much well, make me sick.  And that's saying a lot because I write this suffering from norovirus.

They are both centered around a couple of guys making money.  Or rather, not being able to get paid accordingly, for either potential, or because of a single good season (not even a full season at that).

The first one is about Colin Kaepernick.

Basically, because of the new agreement with the NFL players association, he's stuck with the contract he signed as a rookie until after the 2013 season.

He helped the 9ers to a Super Bowl in his second season, yes.  But the whole point of the new deal that was made a few years ago by the NFLPA, was that rookies had to EARN big contracts, and not get them based on either college potential, or single good seasons.  Kaepernick didn't even start for the entire season.  And as we've all seen in the past, lots of guys have tremendous single seasons only to be average or shitty from there on out.  Especially after they get paid.

I find it amazing that for years people complained that rookies made far too much, or that guys with only 1 good season ended up with too much leverage in negotiating for a big contract.  Now, we hear the whining that he can't cash in on a single good (part of) season.

You mean he has to prove that he's not a one season wonder before he cripples the franchise with a huge contract??!?!?  WOW!  What a novel idea!

Let me also add that ESPN wrote this piece of shit "story" and that ESPN sucks more balls than Jenna Jameson and Tera Patrick combined.

Of course, this article was written before the Super Bowl.  You know, the one where the 9ers lost.  And if not for the blackout probably lose big.  I say that because before the blackout, the Ravens had all the momentum, and the 9ers seemed obvious in how to stop them.

So wait, you mean playing in the NFL isn't a right?  It's a privilege?  And like many jobs, there are requirements that go along with said privilege

Get the fuck outta here!  No way?

Yahoo sports Michael Silver-dildo wrote this shitty article, about how Jadeveon (seriously, that's his fucking name) should lawyer up and challenge that rule.

I hope he does, and I hope he gets his ass handed to him in court.  I am so tired of the sense of entitlement in this country.

What happening to earning and proving your worth?

This attitude is prevalent in almost everything I read about these days.  People want everything now, without having to wait for it, or earn it, or understand that there may be "due process" involved in those things.  Whether that be lifting, life, or professionally.  The generation I see in front of me now does not like having to wait for anything.  I can understand why.  Technology has played a big part in that.  So has TV.

Anything you want to know now, is at your fingertips.  You can apply for jobs, grocery shop, do your banking, and virtually anything you need in life without ever leaving your home.  Reality TV takes people who do regular jobs and turns them into celebs overnight.  No years of acting required.  No time spent living hand to mouth and honing the craft of acting and doing tons of shitty gigs in order to get a break.  Hey, I work at a pawn shop, I should be famous.  That's how far we've slid as a society.

Why should I have to adhere to rules or regulations when I get my way about everything?

How many times have I fielded the question of....

Ask Mark Bell how that's working for him.  You can't shed a bunch of slop, and get stronger.  I have no idea why people believe you can do this.  If you're a fatass, and you got to your strongest ever by becoming a fat ass, then when you stop eating as much and start to go into an energy deficit, you're going to get weaker.  Jesus Christ on a cracker, stop bitching about losing strength because you're having to pay the piper now for being a lazy fat fuck for so long.

Routines do not make you big and ripped.  You know what does?  Consistency, effort, and a long period of time.  Some of you are the lifting versions of the two football guys above.  You want so little gym time to pay off big into making you jacked and strong.

"I've been working out for 2 years.  I don't understand why I'm not big. jacked, and strong!"

I have no idea where this sense of entitlement came from either.

I have written about these things more times than I can count, yet I still get questions every single week by guys who wants to "shed some bodyfat, but not lose strength" and "I wanna get big, but I don't wanna get super fat."

I have outlined the parameters on how to go about this, about eleventy million times.  For some people, I suppose it takes just one more time.  Or a hundred more times.  I have no idea.

I wrote 365 so that guys (and gals) could understand that laying out a single year of good training will be far more beneficial than winging it from week to week, and month to month.  Also, a single year of training, in the grand scheme of things, is not that big of a deal.  Almost 25 years of training for me now, and I still have goals to reach.  Why is it that you think after 3 or 5 or even 7 years that you should have hit the pinnacle of where you need to be?  Training is supposed to be about goals, but it's also supposed to be about lifelong journeys and understanding the lessons you learn in the gym aren't just about getting jacked and tan, they can also be about becoming a better you.  Learning to be long suffering in your quest for attaining something special is a great quality to develop.

When you stop expecting to wake up tomorrow to your dreams, you can finally enjoy the day that has currently been given to you.  Even if you have exceeded expectations, it doesn't mean you're automatically entitled to more than what you've actually earned.

If the movie were made today, I can see Ryan standing on the bridge with Captain Miller telling him to "Earn this" and Ryan going "hey fuckwad, my three brothers gave their life so you could be here.  My mother lost three sons.  That's not earning it enough?  I'm going to post on some message board about how you think that I still need to earn this even though I lost most of my family, you fuck.  If anything, I'm more pissed that you didn't bring me a fine sandwich to eat when you got here."

Of course some will be outraged that I insinuate that, but all you have to do is ask yourself, when is the last time you believed that the reason you aren't where you want to be in your life, or your training is because you simply haven't done the things to earn that yet?
Posted by Paul Carter at 8:01 AM