A few months ago I received a message on Facebook from a chic who had been running my peaking program and had been PR'ing off of it.  She was so excited about it that she asked me if I would be interested in coming out to her Crossfit box in Littleton, Colorado to give a seminar.

I replied that I would, and then I didn't hear from her again.  Not until weeks later, anyway.

When I did hear back, she let me know that she had pestered the Crossfit owner about me coming out and that I should be hearing from him soon.

Then I didn't hear from him for a while.  But once I did, it didn't take us long to work out the arrangements and get some dates in place for making this happen.

Those dates were this past weekend, and to say I had a great time would be like calling the Grand Canyon a ditch.

IFBB Pro Heather Grace made my travels far less stressful than they would have been, by shuttling me to and from the from the Crossfit box as I needed.  I want to start off by giving her a very big thank you for supporting me, making those travels less stressful, and also for bringing many people to attend the seminar.  She's ridiculously awesome.

Day one was lecture, and I went over programming, talked a little about the transitions between life and training, and generally just got a feel for the group and their experience level.  This group had a fairly wide range of experience from a few months to a couple of decades.  Still, the resounding voice from the group was, they all wanted to get better in their technique and to set the stage for getting stronger.  Obviously these are the things I want to hear. 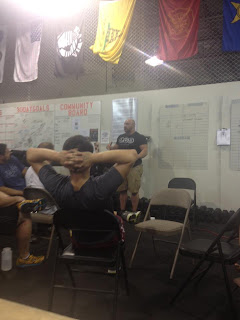 We kicked off the morning with squats, because from a technical standpoint, squats tend to take up the most time in regards to teaching and helping people correct some issues.

When I was in Chicago, I taught people benching, so I didn't get a chance to look at anyone's squat really.

After squats, we pulled.  Since the deadlift is a very easy movement to teach and perform, I thought it'd be a great idea for all of us to close the day by actually pulling some real weights instead of just working the technical shit. 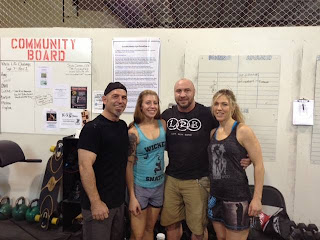 However some people still had some issues.

I decided that since everyone was going to pull, I might as well pull with them.  Since I had pulled earlier in the week and was still adjusting to the altitude, I felt pretty weak so I just did the following....

After pulls we went back over some things I had seen from both squats and pulls, and closed shop for the night.


I felt like day 1 went well, and that I was able to connect with and help, a lot of people that showed up for those reasons.

Day 2 would be bench, overhead work, assistance work, and a male vs female challenge I thought everyone would be up for.