So far, I like the new season of TUF for a couple of reasons. I think the live concept is interesting, as past seasons have an edited feel, and being live could make it feel more genuine. A live fight every week has more appeal to the fans than the previous format. It also prevents slip ups and unauthorized leaking of fight results. The talent for episode 1 looked experienced for the most part, with the exception of a few.

I don't have anything against Dominick Cruz, and I don't think most MMA fans do, but Urijah Faber was one of the first little guys, that made me want to watch the light weight fights. His risk taking, unpredictability, and crazy pace was a hard match. Brown, Aldo, and Cruz all had the same traits mentioned above, and were each successful in defeating Faber. If Faber can go back and review how he lost those fights, perhaps he can put together a viable fight strategy for Cruz.

All in all both Cruz and Faber come off as likable, and I am not sure how much longer they can go on hating each other. The first episode had some really good fights, but the two basically agreed with each other on everything. This rivalry feels forced when compared to previous and more natural rivalries, but I have higher hopes for the Cruz vs Faber rematch: Like it actually happening as advertised.

I haven't found any negative reviews of the first episode, and genuinely look forward to more. 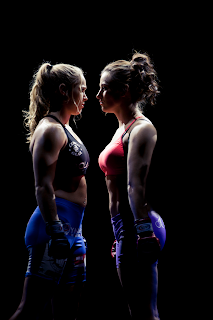 Tate vs Rousey was a good fight, and although I wouldn't turn down Rousey's $32k pay out, or Tate's $19k pay out, I think its a smack in the face rather than compensation. The main event should always pay the highest. I would have made this the headliner of my post, but the glass ceiling wouldn't let me.


Edgar vs Bendo II is coming this summer. Also, Bendo just finished competing in the Arizona BJJ International Open, a week after his fight with Edgar.

Not sure if anyone caught the Johnson vs McCall fight, but for fucks sakes man, these judges are fucking shit up. Without consistency, we can't tweak the system for improvements.

Anderson Silva's documentry "Like Water" has been released. It's more like the pre-fight training coverage the UFC provides before each fight. I liked Fedor's better.

Speaking of documentry's, Bruce Lee's aired on Spike recently, and broke some viewing records. Gene LeBell made some contraversial comments in it, that are worth the watch alone.

Fedor is hinting at coming to America.

Last but not least to mention, UFC 145 and 146 are coming up. I am looking forward to Jones vs Evans, but am REALLY looking forward to UFC 146, aka The Heavy-weight card.  Big Country may fight for the last time in the heavy weight division, as he is only a few facebook likes from reaching his goal. A move down to 205lb may make Roy healthier, but its a much deeper division.