Defining where you are

Every once in a while I ponder the question about "what defines a beginner, or separates him from an intermediate?" in terms of strength levels.  I then self mutilate because there's no real way to answer that in terms of pounds on the bar.  There really isn't.

When Andy Bolton first walked into a gym, he pulled 600 pounds.  Was he a beginner?  Yes.

So?  He didn't know shit.  He walked into that gym with the same physical traits he had been walking around with all day.  He had no knowledge of how to plan a proper training cycle, how to rehab an injury, how to get better through technique, etc so forth and so on.  What he knew was, he could pick up 600 pounds.

When I first started training, I could barely bench press the empty bar.  What I knew and what Andy knew were relatively the same.  Zero.  Regardless of strength levels, we both knew jack and shit.  And jack left town.

So why is there such an emphasis placed on how much you can lift in relation to your experience level?

Like it or not, most of that is determined through genetics.  I've read all sorts of bullshit, bologna, and spam sandwiches that "you can overcome this, and the only one that can stop you is yourself" blah blah blah nonsense.

Genetics MATTER.  If they didn't everyone could just "hard work themselves" into whatever they wanted to be.  There's a reason some guys ride the pine in the NFL and some guys go to the hall of fame.  There's a reason you're not going to pull a grand like Andy (more than likely, unless Benni or KK is reading this).

There is a reason that not everyone can be a Mr. Olympia, or a Formula 1 race car driver, bang super models on the weekend, or total elite.  It's very possible that you could completely fulfill your entire genetic potential, and never reach the crest of your desired dreams.

One of the greatest things in the world about finding your passion however, is that you end up being fulfilled regardless of the destination because the journey is so enjoyable.  I'm not giving a pass to freeloading underachievers, however I don't feel like that really even needs to be mentioned.  When you're enveloped in your passion you tend to overachieve in most ways.

I don't regret all of those years I spent working my ass off for very little in the way of making progress.  Was I frustrated as hell at the time?  God yes.  I can remember taking every magazine and training book I owned and throwing them into the trash.  Vowing never to go to the god damn gym again.

Then of course, I'd be in the gym the next day more determined than ever.  Those frustrations drove me to get better.  I don't think there are too many guys that don't go through times like that.  Where they feel as though there is no hope on the other side of the barbell, or cleats, or business meeting.  Plateaus and ruts, the "darkness"....that shit is inevitable.  It's going to suck you under sometimes, and keep you in the muck until you figure out exactly what the hell it is you REALLY need to be doing.  Sometimes that takes a while because you're a stubborn asshole, and sometimes it takes a while because well, it just does.

Surviving those struggles and persevering through them, this is really what starts to define a beginner from an intermediate from an advanced guy.  Does weight on the bar matter?  Yes, it does.  Do you need an elite total to be a good coach or trainer or whatever?  Fuck no.  I'm not even sure what defines "elite" anymore anyway.  I think most of us know what strong is when we see it.  The context of it matters, yes it does.  A 5'3" guy that's 145 pounds that benches 315 is "strong".  So is the 300 pound guy that benches 500.  I don't need some mathematician or formula at this point to tell me who is strong.  So trying to define someones technical ability based on bar weight seems disingenuous to me.

"Does he set my bullshit meter off when he talks?"

If he passes both tests, then he's probably worth listening to.

I don't need to know the letters behind his name, because some of the most knowledgeable folks I know in the industry are in possession of zero acronyms after their name.  I also know some real dumbasses that have the constitution after their name.  Of course, there are smart guys that have pedigrees as well.  I'm just saying you can't define someones ability to apply knowledge from a certificate alone.

No different than you can define beginner or intermediate or advanced from X number of pounds on a lift.  I had a friend growing up that benched 285 after his 4th workout in the gym.  I hated that short, ugly, t-rex armed bastard for being able to do so.  He had no knowledge that he applied to his bench that helped him bench press that so easily.  He just could.  Beginner after 4 workouts?  Fuck yes he was.  Shit, he couldn't even drive a car much less plan out some proper training. 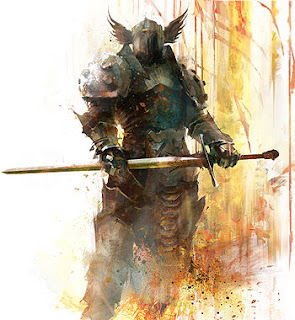 A lifter, a football player, a race car driver, a weekend super model bang out dude....all defined by their scars.  There is no mistaking them when you see them.  The supreme warrior on the battlefield probably isn't wearing the shiniest of armor or carrying the sharpest of swords.  That's because he's been too busy putting them to good use than talking shit about all the men he's killed in the pub.  Becoming a warrior is mostly about DOING, and doing so over a long period of time.

If you follow your passion you will indeed collect scars.  It's really the number of scars that define your level of expertise than a number on a chalk board.