After my beltless training article last week, I got to thinking about some of the responses I received from it.

Lots of guys came to the understanding that getting stronger in a position where they were weak, would in fact help their training from a long term standpoint. Turning a weakness into a strength would benefit them greatly, but it also meant eating a huge slice of humble pie in the process. 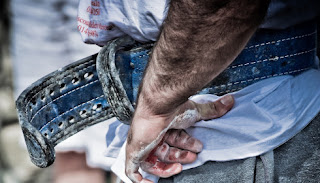 So often I am amazed at the parallels between life and the iron.

With the belt on, lots of lifters feel "secure" and "able". They can pile more weight onto the bar, do more reps, feel more capable.

Taking the belt off, removes all of that security and forces one to acknowledge weakness. It can't be ignored when you start loading the bar.

I read some remarks where clearly guys made excuses for why they would not remove the belt. Or some guys commented that they "only belted up for the heaviest sets", as if that makes any difference. Leave it off for those "heaviest sets" then. See what happens.

When life starts getting to the "heavy sets", it's very common for us to reach for our belts. Some people close themselves off from communication. Others hide their pain behind jest. Some people lie and manipulate.

Some people refuse to trust, or commit to something.

Everyone has their own unique belt.

Feeling vulnerable during the "heavy sets" is not a feeling most of us welcome with open arms. We shy away from it because we've been under that bar before, and gotten buried beneath the weight of it. We condition ourselves to put that belt on when we see more plates being added, because we feel it will protect us.

When the belt is removed however, we get exposed in ways we aren't very fond of. Our shoulders don't seem as broad anymore, our backs are not as sturdy, and our integrity under the weight shakes and eventually we fold like a deck of cards.

Removing the belt is often too difficult for some. The pain or embarrassment of exposing a weakness can be too much to bear. Some just can't take the feeling of being that vulnerable.

Others make the choice to do so, because they acknowledge that fixing a weakness now, means greater strength later. It also means reshaping what the belt means. Instead of being a crutch, we shape it into something new. Now the belt accentuates our strength, and is no longer a crutch we hide behind.

We make a choice to trust.  Angst is removed.

We make a choice to be honest.  Anxiety is lessened.

We make a choice to communicate.  Needs become known or acknowledged.

We make a choice to forgive.  Anger is removed.

We can make a choice to stop hiding behind jest or self deprecating humor.  Who we are can  be seen more clearly. 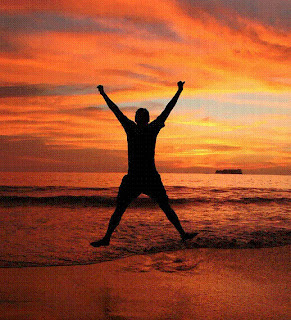 We make a choice to take off our belts, and become something stronger.