I like Jon Jones as a fighter, but even better as a person after the last few weeks....... As I was leaving the gym this past week, I had to walk around a guy that had 1 foot on a Frisbee while he was pulling himself around by his hands.  21 years of lifting and this is a first.

Walking - I see so many people "walking" for exercise in a completely unproductive way.  They walk casually, like they are checking out animals at the zoo or window shopping for prostitutes in Amsterdam.  Walking productively should be at a CRISP pace.  One that leaves you with labored breathing after half an hour to forty-five minutes.  I can't believe how many fat people I see "walking" that stay fat.  Walking with a purpose is a great way to accelerate fat loss.  Walking at a zoo pace is not.  No matter what kind of exercising you are doing if there is virtually no real effort required, then it is not productive.

Faster - That movie with The Rock.  Loved it.  I can dig a shallow action movie if it's faced paced and not too unrealistic.  This was exactly that.  I thought this was really his best work ever because he seemed very believable in the role.  He seemed to actually be in pain and hurt from the loss of his brother.  This is one of those cool action flicks that you would change the channel to every time you see it on TV.  Highly recommend it for a good popcorn action flick.

Ironman II - I know this is not new but I just got around to seeing it because so many people told me it was a let down from the first one.  Well, they were right.  All I can say is they spent too much time trying to make it a "real" movie by having so much dialog and character development.  Usually this makes a movie good for me because I love that stuff, however there simply was not enough action in the movie to break up the dialog.

Was watching some new music channel this week and it featured Foo Fighters.  Dave Grohl is a heck of a lucky guy.  Played the drums for Nirvana and made millions and millions.  Then headed up Foo Fighters and is now worth like 200 million dollars.  Who knew the most talented guy in Nirvana was the drummer?  Because Cobain was not talented and I don't give a shit what anyone says about that.  Dude couldn't sing in tune live to save his fucking life and played melody line guitar solos.  Grunge (outside of Alice in Chains) sucked anyways.  So glad that shit is over.

Interval Training and low carb do not mix.  I always see this as the recommendation for fat loss.  It'll get rid of fat alright.  And a lot of muscle along with it.  Interval training is not a lot different than lifting, especially if you are busting ass.  If you're going to do it for the thermogenic effect, at least have some carbs beforehand.  If you're going low carb for fat loss, do steady state.  Be smart.

I hate my lawn mower.  Every single year it's a complete pain in the ass to get this thing going again.  A total lemon.  Something is constantly breaking or broke on it.  I want to go Office Space copying machine on this damn thing so bad.  I should just buy a push mower and consider that my Sunday cardio because it's 3 hours to push mow my yard.  On second thought, fuck that.

Seems like all of my injuries are healing about the same time.  A stroke of good luck for me in that regard for once?  Maybe.  I think I deserve it after the last year.  The elbow is day to day but as of this morning, it feels really good.  So medium-heavy inclines don't bother it at all.  My left bicep is fine I think.  The shrugs last week with 500x15 felt fine.  So good there.  Leg is feeling ok but I'm going to continue my pattern of 20 rep squats for a while.  Then after that I will bust into the 10's, then 8's, then 5's and see where I am at.  I do think it would be fairly badass to be able to do 315 x 20, 365 x 20, then 405 x 20 all in the same workout.  I don't think that is going to be possible for me at this time however.  LOL  I've done 405x20 on several occasions and it's generally a max effort.

I'm keeping my routine really basic and getting back to 1 or 2 big sets and focusing on progression on everything.  This is easy to do when you have only 2 or maybe 3 movements per workout and they don't change a lot.  I don't get systems that have you change the main big movements on a set basis.  What if you end up missing out on weeks and weeks of solid progress on a multi joint movement?  This seems dumb.  Oh wait I know, "CNS burnout".  I will be so glad when that phrase dies forever since there is no such fucking thing in regards to weight training.

So this past week I found out a "friend" totally shit all over me.  This was someone I helped through some tough times and was there for a lot.  I'm a very "emotions on my sleeve" kinda guy.  I say what I mean, and mean what I say.  I never BS or backstab.  I always want people to know exactly where I stand.  Some people like this, and some people like their life sugar coated to them.  So I end up finding out through a mutual friend all the shit that has been said.  And none of it had anything to do with me (I know this seems vague and strange but the situation is strange) in the situation.  In other words, I was getting talked shit about but I had nothing to do with why the situation was in that particular state.  But it comes back to my belief that in life, the people you can REALLY trust will be narrowed down that you can count them on one hand.  Don't think for a second that your BFF/best buddy/ whatever wouldn't shit on you in the right circumstance.  A TRUE friend that would give his blood for you, go to bat for you no matter the circumstance, is more rare than anything else I can think of in this world.  I have 1 person in this whole world I know I can trust fully.  My wife.  Outside of that a good dog.

Speaking of dogs, it's time to look again.  My best buddy in the world Dozer passed away October 22, 2010 and I think I've healed enough to start looking for a new good buddy.  I brought Doz's ashes home a few weeks ago and I felt like that kind of gave me closure.  I was going to spread them but the box they came in was so nice it's now a decoration.  I will be getting another bullmastiff because well, they are the coolest dogs ever.  I honestly wish I could get a place out in the country so I could have like 7-10 dogs.  A couple of bullies, an Akita, a German Sheppard, an English Bulldog, a Cane Corso, and a Presa.  At least that many, maybe more. 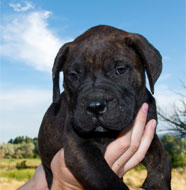 I really can't believe the time and money spent on that whole Barry Bonds trial bullshit.  It's amazing to me, that with a government shutdown in effect at that same time we cared if Barry Bonds or some other baseball players took steroids and lied about it.  He wouldn't have been in court to lie about it if our government gave a shit about more important things.  Like gas prices, jobs, and the economy.  But no, we need to know if Bonds took steroids.  And if he did so the hell what?  Accusing people of doing steroids is the mating call of the insecure loser.  I had a board I used to go to that was just chock full of guys that constantly accused me of using roids.  Nothing is more pathetic than to watch a bunch of guys accuse another guy of being "on" because they are insecure losers.  What I find funny about this is that the same group of fuckwads will go on and on about how weed or even hard drugs should be legal, but then condemn the usage of anabolics.  "Cheating" some of them say.  Yeah well crack heads and meth heads and coke heads cheat themselves and everyone who cares about them out of a life.  So shut the fuck up with that nonsense.