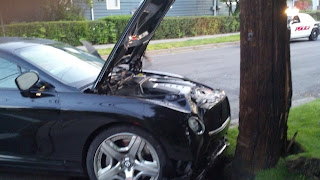 Well well well, UFC 146 is finally upon us. Comparing the original lineup and what we will have Saturday, and I can kind of understand the risk Zuffa takes in its promotions. This is a heavy-weight dominant card, and five years ago, the division wasn't deep enough to support this many card edits. Lord knows Strikeforce's heavy-weight division couldn't.

From Mark Hunt, to Gonzaga, to Overeem, the uncontrollable variables here are insane. There's no insurance other than editing the card, and hoping the paper-view sells. So forgive my obvious disappointment, but a few months ago this was a Bentley I was looking at. Now we got up close, it's more like a Jonesed Bentley.

So barring anymore edits to the UFC 146 change log, here are the calls in bold.

Cain has the tools to win this 100%. Antonio got beat by Cormier, and I think Cain can beat either one them up.

Roy has to win this. It's quite possibly his last heavy-weight match, and while Dave has some knockout power, I think Roy more experienced. Team fat guy. Hermans a dangerous guy, with lots of first round finishes, but Roy has gone the distance with better fighters.

Lavar may win this, but statistically speaking, Struve's height advantage wins most of the time. A part of me thinks tall fuckers like Struve should be in their own division.

Not going to make a call on two up and coming undefeated guys. This is a good candidate for fight or submission of the night.

Because Barboza's highlight video is better, more recent, and not as grainy.

I originally was going to pick Miller. I want to. I think he brings levity to the sport. A part of me wants to pick him because I feel like if doesn't win this fight, the UFC will cut him. That would suck.

Dan Hardy is younger and a better boxer, and that is where this match will be.  He's coming off of four consecutive losses, and is hungry for a win.

Brown is a beast and while I respect Pineda's record, I'm not prepared to bet in his favor yet. I did not realize Brown lost to Rani Yahya.


MATUA modeled this fight 10,000 times, and came out with JDS winning 66% of the time, but I'm going to root for the guy with the wallet chain. Given Mir's losses have all been via strikes, this is probably a bad choice. I think everyone agrees Mir is no Overeem.

Anderson Silva reviews The Voice of Reason on Amazon......Found some Silva instructionals.....and he's not leaving the division.

Eric Kelly is doing some training too. He's training "..a bunch of fucking nerds."

Instead of Urijah losing to Cruz, he will now lose to Renan Barao.

Episode 11 of The Reem who we can now thank for new testing.

Nick Diaz will be back February 2013, if he shows up. I appreciate NSAC allowing Sonnens TRT, while shitting on the lazy pot head everyones afraid of.

Ariel Helwani calls out Bob Sapp on throwing fights......Profile of a tapper.

So we all know by now that Jones got a DUI. Did you know this wasnt his first run in?
Combat Jiu-Jitsu.

Randy Couture says that Brock deservers to be in the hall of fame, and Roy says if thats true, so should he. For his kung-fu.