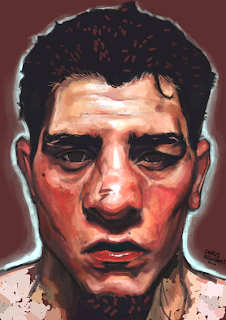 Diaz would've rematched, but then he got high. So it's Condit vs GSP, or Condit defending the interim belt against someone else, but it won't be Diaz.


Any arguments that Diaz was robbed of victory at UFC 143, have now vanished in a puff of smoke. Whether he has a prescription for it doesn't matter. It's banned by the athletic commission in every state. This isn't the first time Diaz has tested positive for marijuana either. In his Pride FC debut against Takanori Gomi, he beat up Gomi, and ended up submitting him. The results for his test after his fight, came back at a whopping 175ng, leading some to believe he was high while fighting Gomi.

Regardless of your stance on legalization, trying to justify its use at a champions level is just silly. The losses for this mistake are already surmounting. He' lost his chance at a rematch, and in turn, lost his chance to be a champion in the UFC. He's facing up to a 1 year suspension, up to a $40k fine, and the likelihood of having to prove rehabilitation to the Nevada athletic commission, before being granted a license again.


Hopefully I am not the only sucker for Diaz, and he finds his way back into the octagon. There are plenty of good fights coming up this year to fill the gap, but none of them feel quite like Condit vs Diaz for the shot at GSP.

Hopefully UFC 144 will ease my mind.