The Lifer Series - Part 5 - I will not care what anyone else can do...

The lifting part of being a lifer is probably the easiest things to define.  You squat, you push, you pull, you do some running and/or banging of some type of thing that gets you breathing heavy.  You do these things over a long period of time, and stay consistent about them, and shit eventually works itself out.

But the real meat and potatoes of what I think about, when I think about being a lifer, are the lines that run parallel between the chasm that is lifting, and that is life.

The first law in the chasm parallel is this one -

I will not care what anyone else can do; it affects me not.

For a long time, I sat and looked at the computer screen at those words, and I thought about what to write.  That I could write about all the years that I spent hating who I was, or better yet, who I wasn't.  I could write about how I never felt like anything that I accomplished never meant anything or that I never measured up to anyone.  I wanted to do something that defined me.  That made people admire me, or at least, admire that thing that I did.

"Fuck yeah, I need that.  I want that more than anything.  The admiration of my peers and my family.  That will mean I'm worth something.  Something I do that is remarkable, something worth bragging about."

I could write about that.

Or, I could write about how I hated other people who did things that I wanted to be able to do.  That I hated sometimes when they received the adoration of their superiors and peers.  Not all the time, mind you.  Just when it was something I too wanted to be good at.

"Fuck that asshole.  I hope a dog-man runs out of the god damn woods, full of aids and hate, and bites him in his asshole and tears his kidney out through it!  DIE DIE DIE!!!!"

Ok so that's not really true.  I know that dog-mans can't have AIDS.

Maybe my hate wasn't really THAT venomous either.  But I do remember feeling awfully shitty about myself, and feeling somewhat jealous towards said individuals for standing in shoes that I so wished to be wearing. 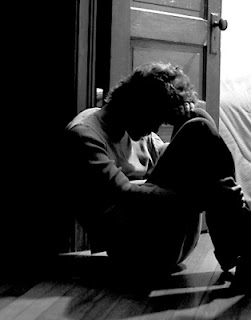 I thought, I could write about all the years that I tried to do so-n-so's routine, because "if I do this assholes routine, I will look like that guy.  Hell yeah.  Champion."

To my amazement (not really) I never ended up looking like Mr. So-N-So because of his routine.  Nor did I know he had a pharmacist to help him look like that, and of course, I did not.  Little did I know about drugs (little? ok nothing at all), and little did I know about how basic shit does the job.  Not fancy routines or hopes and promised dreams of 30 pounds of muscle from glossy covered muscle rags.

I had not really discovered chalk, blood, callouses, and vomit in regards to training.  Those things were alien to me because I knew not of how important they were.

You can't blaze a trail without knowing the importance of fire.

I thought I could have written about all the years where I made no progress, and felt very content with myself for no god damn reason at all.  Whether I lost my drive or desire, I have no idea.  However eventually I woke up one day and realized....

"holy shit I've been lifting the same things for years and years now.  I'm not any stronger.  I'm not any better.  Fuck, I'm caught in the weight training version of Groundhog's Day!"

I could have written about that.  I thought better of it.

What I thought I'd write about instead, was how I learned how to grok not caring.

Some people think that's a negative statement, or that it is stained in black, then lacquered in a coat of apathy.

Learning how to not care, eventually gave me all of the things I wanted.  Because it allowed me to let my negative energy dissipate, and made me stop focusing on things that had I had zero control over, and no real meaning in my life.

If some guy deadlifts 850 what does that really have to do with me?

If some other guy looks like a more jacked version of Conan, what did I lose or gain from it?

What?  Motivation to get better?

Motivation
Motivation is bullshit. Getting better should be something you’re already about. Not
something you need to be goaded into. I’m not saying some things don’t light a bigger fire
under your ass than others, but if you have to seek out reasons to get better, you’re
losing. Meaning, If it requires some outside force to resonate with something inside of you,
you aren’t in possession of what it takes to get better all on your own.
How will you CONSISTENTLY get better if it requires the dangling carrot to do make you do
so?
At some point you have to decide that getting better is just a part of what you are. What
makes you, you. When that happens you won’t need “devices” in order to get better. It will
just be something you do. If you were isolated in a room with your weights for 10 years,
would you get better without the influence of external forces? I hope you can say yes to
that. If not, figure out how to say yes to that.

Think about that never ending vicious cycle that you go through.

You train on a "routine".....
Shit goes well for a while....
You get injured, sick, injured-sick, sick-injured, fuck too much, get shot, whatever....
Training goes into the shitter....
"Daawwg this routine sucks.  I think Immu bout to do that routine ol what's his name posted up.  He's jacked as hellz.  Shit be tigher than a muh fucka.  Gotta get my swole on now."

This kind of energy burns very hot, and anything that burns very hot, will not last.  Motivation is for people who look to something else because they are driven by external stimuli to help get them better.  So what happens when motivations wanes, or it becomes clear that said goal won't be attainable?

You stop getting better.

All of this....this whole cycle comes back to being motivated by something external.  Some "external device".  Usually, something that has no bearing on you, your life, what you can become, or what you could be about.

You then spend the next many years in this vicious circle, and you become so dizzy from the round and round of it, that all of that time goes by and you never realize........you've never gotten any better.

Everyone who is "lifing" it hates that guy.  Everyone used to be something.  In high school he benched something or squatted something.  Then his training vanishes into the graveyard.  Occupied by the souls of guys who never loved the clanging of plates like they loved their weekend beer, frat parties, and high school prostitutes that were fresh on campus.

That guy didn't care in the wrong way.  He didn't love the iron.  He wasn't a lifer.

When you grok the ability to not care what other people do in the weight room or with their physique, your energy can only go into one place.  WHAT YOU CAN DO.

Now, suddenly all of that energy that you used from "motivation" that burned so hot, cools down.  What replaces it however, is a constant warmth that never goes away.  You're never too up, and never too down.  A bad workout doesn't make you feel like banging yourself in the crotch with a claw hammer.  You understand that the "downs" are there for a reason.

You set realistic goals, because you are now focused on what YOU can do, and what's the best way for you to realize how to make these goals come to fruition.

Confusion dissipates, and it's replaced by steadfastness and an unwavering resolve.  You realize.....

You look around, and you realize, there's no one running it but you.  All the other "competitors" are gone.  There's no one to catch up to.  It's all about you, and your journey.  Those feelings of steadfastness and resolve are now accompanied by peace as well.

"This is really all about me.  I get to run this race at my own pace.  I can set a solid pace, that gets me where I need to be, that's based on my abilities.  I can enjoy this journey.  I can see the end of the race in the distance, but for now, I'm just going concentrate on the road right in front of me, because I know if I do that, I will eventually get there.  Let's do this shit." 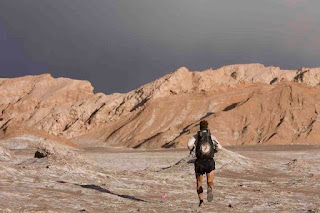